On Thursday, May 1, nominations for the 41st Annual Daytime Emmy Awards were announced, and “Days of our Lives” star Eric Martsolf (Brady Black) received the happy news that he’d received his first ever nomination for Outstanding Supporting Actor in Drama Series, although in the most unusual of ways. “I had forgotten that they were announcing it. I had an early call time and I’m in the shower at 6:00 AM,” the actor recalls of the time news began rolling in. “I get out and my phone’s just going nuts. There I am soaking wet standing there in the bathroom. I look at my Twitter, and sure enough, I found out through some fan,” Martsolf states with a chuckle while nonchalantly apologizing for the visual. For reference, “The tweet read, ‘Congratulations on your Emmy nomination, Eric Martsolf’ and that’s how I found out.”

Prior to joining the cast of “DAYS” in 2008, the now 42 year-old actor portrayed the widely popular role of Ethan Crane on NBC’s “Passions.” During his run on the soap he found himself pre-nominated multiple times for a Daytime Emmy Award, although it never resulted in an actual nomination. So this being his first, Martsolf reveals his previous brushes with the golden statue. “When I was on ‘Passions,’ I actually was pre-nominated most of the years I was there. And being the newcomer to soaps, I thought a pre-nomination would just guarantee that you would probably be at a podium accepting a statue. So my excitement factor over getting pre-nominated [back when I was a child] was just over the moon. Now that I understand the process, and the types of actors you’re competing against for this honor, I’m not taking this lightly,” Martsolf emphasizes. ” I think this is… I don’t know. It’s hard to find an adjective for it. I’m very honored to be nominated amongst the company that I am. It’s terrific.”

As for what ultimately landed him his first nomination, the actor shares that his Emmy reel consisted of scenes relating to Brady’s intervention, “When all of his friends gathered around and basically forced him to admit the fact that he was hooked on cocaine again.” He notes, “The story had built up for a long time – his addiction was not just a flash in the pan kind of storyline. It was front burner for awhile, and it was the result of years of torment that this guy has gone through as far as losing fiancés tragically. The man has not been able to find love. It’s always escaped him in such horrific ways on the show. The cocaine became his best friend. Watching this man pick cocaine over people that love him in the world was just pretty intriguing to me. [The fact] that this substance could have that much power over a human being was really, I believe, interesting to watch.”

Although he submitted scenes relating to his character’s drug addiction, Martsolf had the rare distinction of multiple storylines during calendar year 2013 that could have landed him a nomination either way. “My first inclination was to go to the Eileen Davidson [Krisen DiMera] scenes,” he says referring to his onscreen love interest. “Brady and Kristen scenes were just so much fun. There were so many good memories I had of working with Eileen over 2013. I thought for sure my reel would come from that. I could have just as easily picked one from her, but I think she was too in our scenes… she overshadowed me so I wasn’t going to pick that one [laughs].”

Speaking of Davidson, it was announced earlier this year that the actress would be returning to the series less than a year after shocking fans with word of plans to depart, citing a rigorous work schedule and the need for personal family time. When word of her return came to light, fans immediately wondered if there would be a future ahead for Brady and Kristen as their story went mostly unresolved, considering Kristen was presumed dead when we last saw her. With Davidson back filming and also nominated for a Daytime Emmy Award, albeit in the Outstanding Lead Actress in a Drama Series category, we couldn’t help but wonder if the two had the chance to speak with one another after getting the news of their nominations. “I did, I did,” Martsolf says happily. “We actually [just] worked together. We had some very, very rough scenes. When Brady and Kristen get together, it’s usually pretty, pretty rough, but we kinda couldn’t stop smiling at each other. It’s really nice when your fellow co-star from the whole year is also nominated. It completely feels like a team effort. I owe her a lot of thanks for this particular nomination because she ripped out probably the best stuff I was able to deliver, and you’re only as good as your partner sometimes in this genre, and she’s terrific!”

After 12 years of working on soaps and finally securing a nomination, Martsolf was perfectly fine forging ahead professionally believing that he’d never get the distinct honor of being referenced as a Daytime Emmy Award nominee. “Well, to be bluntly honest, I was very proud of the work I had done this year,” he says. “If I could wave my own flag for a second, I thought I was given a very meaty storyline, and I worked very diligently at portraying this guys torment. I watched the show a couple of times over the year and I actually thought ‘Hey, I’m not doing too bad! This Brady Black, he’s a mess’ and I thought I was portraying him as a mess pretty well. [But] honestly, no, I didn’t think I would get nominated for an Emmy. I always thought that’s something that happens to other people. Much like I thought when the doctor told me my wife was having twin boys.” He adds, “I thought, ‘No, no… twins are something that happens to other people!’ And sure enough I have twins and I have a nomination.”

So when did the actor begin to realize he just might be good enough for the Emmys? “I truly clued in when I started getting remarks from some people around the industry that I really admired. I had Crystal Chappell [ex-Carly Manning, ‘DAYS’] throw me a text saying, ‘Your reel was really good!’ And I responded back, ‘Thanks, I appreciate that!’ Then I had Judi Evans [Adrienne Kiriakis, ‘DAYS’] come up to me like two days later and she corned me and she said, ‘I just want to let you know I really enjoyed your reel. I think you could be a contender.’ These are people that wouldn’t necessarily say these things just to say them. I knew that they meant them. I had a little bit of hope in my heart and sure enough it translated into this. I couldn’t be happier about it.”

In addition to Martsolf and Davidson, “DAYS” is up for a total of 14 Daytime Emmy Awards this year, including Outstanding Drama Series and Outstanding Drama Series Writing Team. So what’s the morale been like since getting word? “The morale is terrific,” Martsolf reveals. “I know it is so stereotypically said all the time, but this place is a family. When a couple of people are nominated, the show feels nominated. We all get behind one another. I think that has to do with the fear of soaps going away a couple of years ago just sort of manifested into a spirited team that really wasn’t there before. I felt that at the Emmys a couple of years ago where the whole sense of competition seemed to dissipate and go away and it was more of a collective spirit amongst the shows of keeping our genre alive, making sure that we’re all on television, not so much comparing who’s better or who’s worse – there was a desire to lift us all up onto one platform. That’s what I felt back then and I still feel that today.”

“DAYS'” Brady Black and “Passions'” Ethan Crane can be described as the difference between night and day. One is a mature man dealing with personal demons, while the other was a rich playboy who fell in love with his virtual stalker, but did the latter help in any way to prepare Martsolf for his current role? “I grew up in the most ridiculous storylines known to mankind [laughs], but it was all about trying to play the ludicrous in a serious way. Being serious about it was the hardest thing about that job. So I guess ‘Passions’ prepared me for taking on this storyline in a way [jokes].”

It is a question generally reserved for female celebrities as they get ready to hit the red carpet, but one can’t help also wonder what some of the men may be wearing as well. While it may be a little early in the game, Martsolf gives word that he’ll be wearing his Hugo Boss suit, which doesn’t come as much of a surprise considering that’s the only suit he owns. Referring to the designer brand, he says, “I love their fit. You just know when you find that designer that fits you. Besides the point that’s the only tuxedo I have. It’s not like I have ten in my closet to choose from – I’m a one tuxedo kind of guy.” He further notes, “I have about 412 t-shirts and one tuxedo. I would wear jeans and a t-shirt to the Emmys if they’d let me. Hey, if it’s not aired maybe I could.”

Scheduled to take place on Sunday, June 22 live from the Beverly Hilton Hotel in Beverly Hills, CA, David Michaels, Senior Executive Director and Co-Executive Producer of the awards show, recently told Soap Opera Network that the National Academy of Television Arts & Sciences (NATAS) does plan to stream the ceremony online if no TV deal can be made for this year’s telecast. 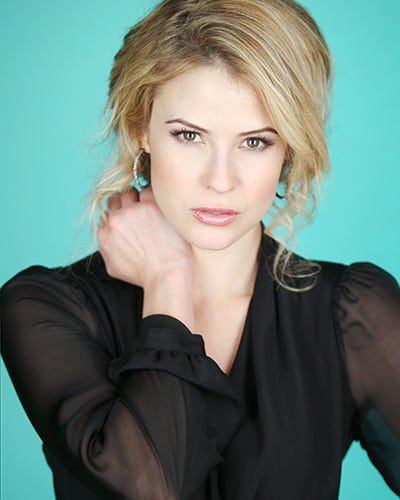 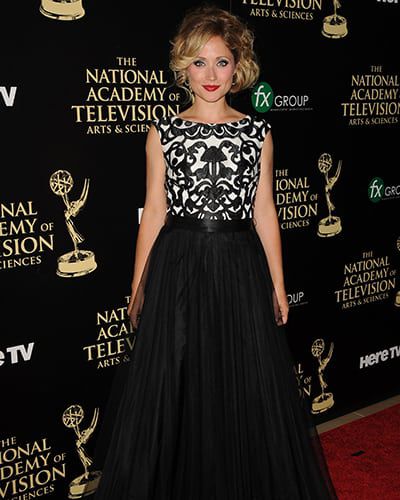 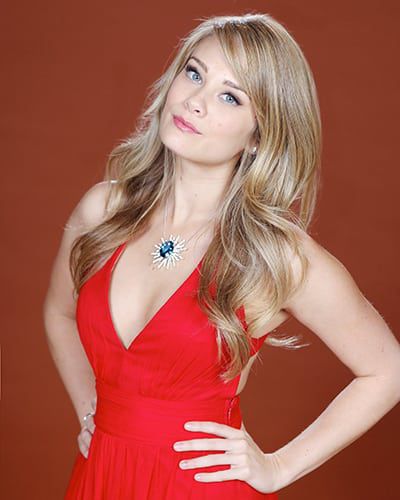