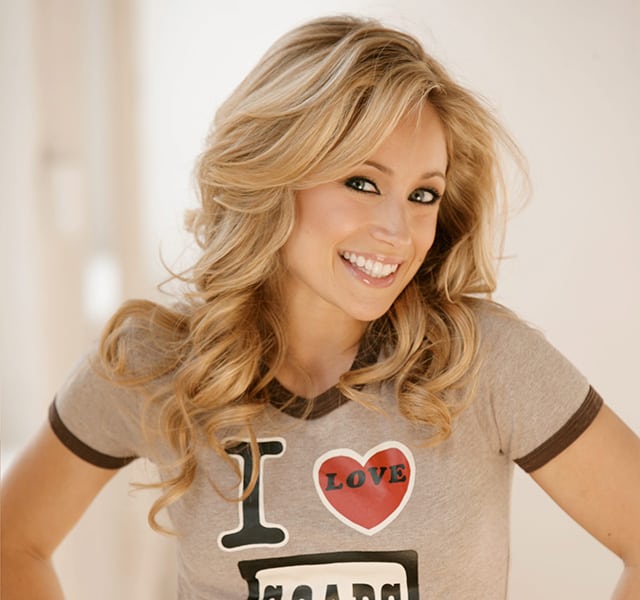 “General Hospital’s” Emme Rylan (Lulu Spencer) is no stranger to heartbreaking baby loss storylines. As “Guiding Light’s” Lizzie Spaulding, she had to play out the emotional arc in which Lizzie believed her daughter, Sarah, had died in a car accident. And while Rylan is proud of the work she was able to bring as her Springfield alter ego, she’s of the opinion that now having two children of her own (Jackson, 4, and Levi, 2) is making her current baby-loss storyline much stronger.

“With Lizzie… I tried. I dug deep, I cried a lot. I tried to envision what that kind of loss and pain would be like — and now [that I have kids], I want to go back and reshoot all of that stuff!” she says with a laugh, adding that her emotions during her current “GH” baby storyline are much more realistic. “That scene, when Lulu was with the baby on the bed, and the door opened, and the child protective services [came in], it was like the worst image I’ve ever seen. I looked up and like, they’re standing there, and it was hard. That whole day, I was like, ‘I’m so sorry! I’m not having any creative acting choices, I just cannot stop crying!’ I was crying on the bed, I was crying on the baby. I was one note of crying! And then I got home, and I’m like squeezing the crap out of my children.”

In fact, the scenes hit so close to home, she had a hard time shaking them off at the end of the day. “There was a scene with me and Lisa [LoCicero, Olivia Falconeri], and it was when I went back after we lost the court case, and I went to grab the baby and leave, and she and I just stood on set and cried and couldn’t get it back together,” she recalls. “So I go to kickboxing after work and shake it off. I’m like working out, screaming Katy Perry songs on my way home after work to really let it go, and I don’t feel like I’ve ever had a hard time letting go before… so yes, [having kids of my own] has changed everything for me.”

Though acting out the baby drama has been a challenge, Rylan is grateful for the story — especially the twist in which it was revealed that due to having been cryogenically frozen, Lulu no longer has any eggs! “I was really, really happy they did that, because I am a Nicholas (Tyler Christopher) and Britt (Kelly Thiebaud) fan,” she admits. “Obviously, even though we know that what Britt did was wrong, I feel like the audience could be like, ‘Maybe Dante (Dominic Zamprogna) and Lulu could just make another [baby] and let [Nicholas and Britt] be happy?’ Because they’re so awesome together! So as soon as they did that, ‘You have no more eggs left,’ I was like, ‘Yes!’ Because just when you think the stakes are high, they push it higher, which is just awesome.”

But that’s not all the actress raves about when it comes to “GH.” She’s also a huge fan of her new co-stars. “You just want to learn from them,” she explains. “Everyone who has been here for a long time… sometimes they’ll ask if it’s ok to give you some more back history and I’m like, ‘Please god, tell me everything!’ Because… I’ve done homework, and I can see [the character’s history via past episodes and clips], but for the people that were there in it, they can give me a different perspective, and they’ve all been very helpful and cheerleaders for what we’ve been doing, which has been good.”