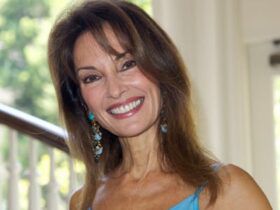 Report: Susan Lucci Salary to Remain the Same If She Jumps Aboard Prospect Park

Speaking of “General Hospital’s” Emily Wilson (Ellie Trout), the actress announced on Monday, December 9 that she will be appearing on ABC’s “Castle” courtesy of a blurred out Twitter image. While she didn’t post any character information or episode details, a rep for the show confirms to Soap Opera Network that the actress is in fact scheduled to appear in a future episode of the primetime procedural that stars “One Life to Live” alum, Nathan Fillion (ex-Joey Buchanan), as novelist Richard Castle. The rep was unable to provide an airdate for Wilson at this time.