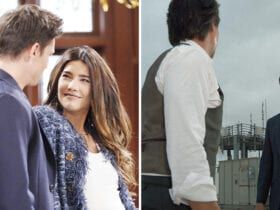 The film follows a woman named April (Ashley Scott), who after going through a painful divorce from her successful and well-known husband, Chuck (Brooks), decides to get back into the dating game. She meets up with Jacob (Turner), a former classmate of hers who is charming, wealthy and handsome. She agrees to a date, but as most Lifetime movies reveal, he isn’t who he appears to be. Jacob and his wife, Karen (Jennifer Taylor), have targeted April and her family in hopes of ruining their lives forever.