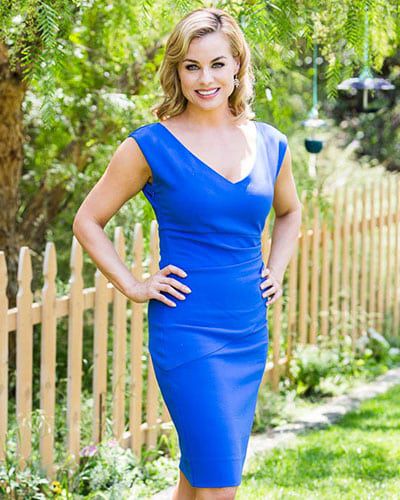 After over two decades of playing “General Hospital’s” Jason Morgan, beloved soap star Steve Burton decided to walk away from Port Charles for a break from the spotlight — only to turn around and join “The Young and the Restless” as Dylan McAvoy a few months later! Soap Opera Network caught up with the daytime vet during a special “Y&R” TVGN launch party, and he opened up about changing networks as well as fast becoming right at home in Genoa City.

First things first, the actor couldn’t be happier regarding TVGN deciding to air same-day episodes of “Y&R,” which will start happening this July. “I think it’s awesome that they’re taking ‘The Young and the Restless,’” he says. “It’s good for us, it’s good for them, and it’s good for daytime in general.”

Though doing the on-camera interview for the launch party wasn’t exactly a highlight of the actor’s day! “I don’t really do a lot of interviews, so sometimes it can be a little nerve wracking,” he reveals. “When [I see] cameras that aren’t recording my acting, I usually go in the opposite direction!”

He was partly joking about that, but overall, Burton admits that he’s been in the spotlight quite a lot in his near quarter of a century in daytime — which is partly why he decided to leave “General Hospital” and move to Nashville, where he spends most of his time. “I work about eight to 10 days a month [at “Y&R]… which is different, because at ‘GH,’ I worked five days a week,” he explains. “It was a blessing to work five days for a long time… but being in daytime for 22 years, I just wanted to spend more time with my wife and kids.”

Luckily, “Y&R” came calling shortly after he left “GH,” and the situation couldn’t be more perfect. “I wanted to get my kids out of California,” he says of the number one reason he chose Nashville — a place 2,000 miles away from the entertainment business — as a place to hang his hat.” I’ve been trying to get there for about seven years, ever since I did the last ‘Castle,’ which was filmed in Nashville. I’ve just always loved the place. The people were great, and I wanted to move. I wanted to get out of California. ‘Y&R’ wanted to fly me in, and it couldn’t really work out at the other show, but this one… the production is easier, so it’s great.”

In addition, Burton has really taken a liking to Dylan, even though it was a bit of an adjustment to switch to a new character after playing Jason for so long. “Being at a place for 20 years, it was like my home there, and then you come here, and you know the other actors and everybody respects each other, but you want to be good!” he explains. “You just left a role that you played for so long, and you know everybody is going to be looking at you and judging you and thinking, ‘Why did he leave?’ and ‘What’s he doing?’ and ‘Why’s he wearing different colored shirts now?’ and all of this stuff, you know? But it took about a week for me to feel at home.”

Working with great actors, including recent Emmy-winner Doug Davidson (Paul Williams), Jessica Collins (Avery Clark), Melissa Claire Egan (Chelsea Newman), Joshua Morrow (Nicholas Newman), Michael Muhney (Adam Newman) and Christian Jules LeBlanc (Michael Baldwin) has also helped make the transition smooth. “There are a lot of great actors [on this show], so that’s exciting for me,” he says. “It’s exciting to be in a scene with somebody like that, because you never know what’s going to happen, and that’s what acting is. That’s what we live for.”

Of course, the writing team is also to thank for making Burton’s job easy. “The writing has been very good, so I haven’t had to do a lot of my own exploring yet,” he says. “It was kind of a collaboration of what the writers had in mind and what they thought I could bring to it… But they’re totally open to just making this guy mine, and they’ve given me great boundaries to start with.”

As for what’s to come for Dylan, the Indiana native says you haven’t seen anything yet. “The culmination of my story is coming in the next couple of months, which is awesome,” he teases. “I’m working a lot, and it’s just been really good story. There are a lot of people involved: Avery, and Nick, and Adam, and Chelsea, and myself. So it’s kind of a lot going on. It’s going to be great.”