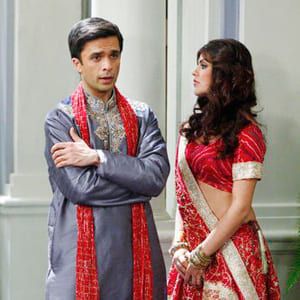 WTNH, better known as ABC8 in Stamford, CT, recently toured the set of The OnLine Network’s “All My Children” and “One Life to Live” and got some inside scoop on what’s happening on your favorite internet dramas.

“Brooke English, one of our veteran characters on the show, has had a magazine called Tempo for many years and now sort of keeping with the online and new media, she is doing an online talk show,” said Jill Larson (Opal Cortlandt, “AMC”), who WTNH also interviewed, on new storylines hitting Pine Valley.

Speaking of Tempo, Soap Opera Network has learned that newcomer Paul Moon (“My Big Gay Italian Wedding”) has joined the cast of “AMC” in a recurring role as a reporter at Brooke’s pub. The newbie first airs beginning with the Wednesday, May 29 episode. With the recent scheduling shift to two episodes a week, Moon won’t appear again until at least August. In addition to his “AMC” gig, online viewers can soon see the actor in “Tainted Dreams,” the new internet soap from the mind of AMC” Supervising Producer Sonia Blangiardo. The soap begins shooting later this summer.

To watch the WTNH/ABC8 feature on “AMC” and “OLTL,” click play button below.