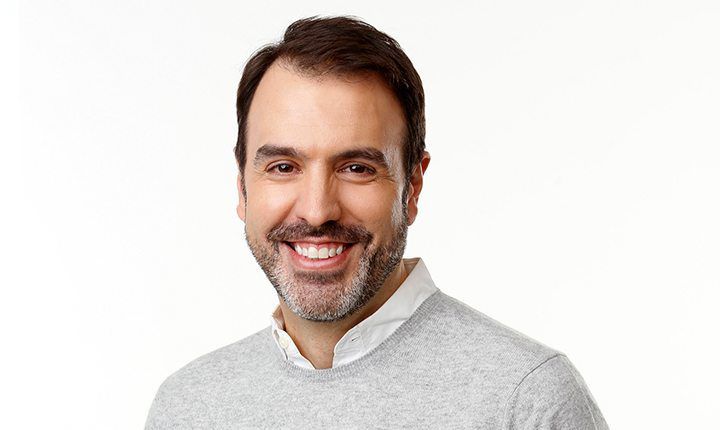 Katherine Kelly Lang has been front and center as “The Bold and the Beautiful’s” Brooke Logan since 1987, and in a moment that feels like it should have happened years ago, she has finally been nominated for her very first Daytime Entertainment Emmy Award! And when reporters met the beloved actress on set hours after executive producer and headwriter Bradley Bell woke her with the exciting news, Lang’s glow was very much still evident.

“I don’t want to figure out why and how and all of that stuff and just enjoy the fact that I got a nomination, and I’m excited,” she says. “Just the fact that I got nominated, it feels really good. It feels like if I don’t win, I’m okay because I feel that is part of winning, is at least to be getting acknowledged for a nomination.”

Some fans might wonder why, after years of being a front burner actress, she submitted herself as a Supporting Actress, which is the category for which she’s vying to win. “I really felt that if I had any story that was front and center, I wouldn’t have done that, because to me, that wouldn’t have been fair. But the whole year, I never had a [front burner] story,” she explains. “I was ‘mom’ for most of the year, and then it was… [Susan Flannery‘s] Stephanie dying, and I was supporting her through that. It was really her story, so because of that, I thought, ‘Well, I’m just going to put myself in supporting this year.’”

Speaking of Stephanie dying, those are the scenes in which earned both Lang and Flannery their Emmy nominations this year (Lang for Outstanding Supporting Actress, and Flannery for Outstanding Leading Actress). “That was an amazing moment,” she says of why she chose to submit that episode. “There was no question. That was the one. I couldn’t even think of anything else.”

Of course, as she thought back on last year’s stories, there is one the Los Angeles native tried to forget: Brooke sleeping with Don Diamont’s Bill Spencer! “I just don’t think my character would do that to my sister,” she explains. “I was not for that story. Not against Don, because I love him and it’s great to be able to work with him, but… hopefully something will come out of it. And I just want to do something different for Brooke.”

And that something different, as she explains, is redefining her character as a strong woman who showcases much less of a weak side. But considering Brooke is consistently written as a victim, it’s not going to be easy! “I’m trying to work it in more where I can be a little more the leader and more feisty, not just so, ‘Sigh, woe is me,’’ she reveals. “I think I have to try to show different things and different sides, and even if [the script] says, ‘Brooke is crying and is so distraught,’ I’ll try and play against that, because it says that in almost every script everywhere! So I’ll maybe show moments of that, but I’m going to play her a little stronger, maybe even angry. Maybe she takes it out in a different way. She doesn’t always have to cry and be desperate and distraught.”