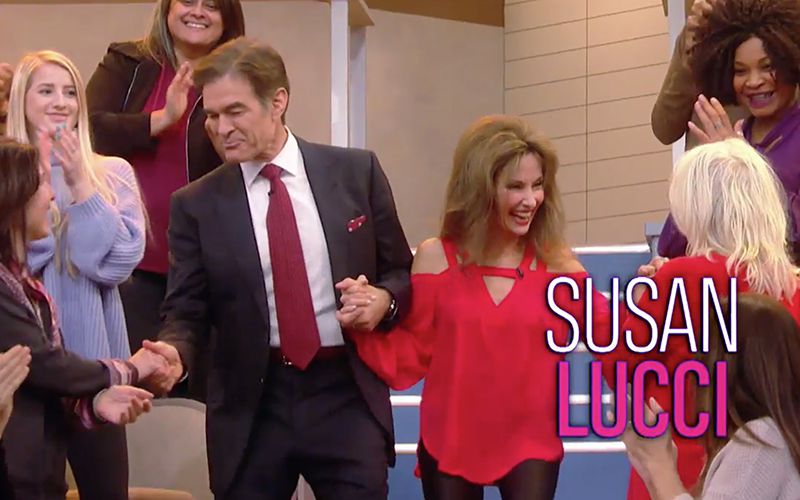 On today’s edition of “The View,” Susan Lucci revealed that the return of her alter ego, Erica Kane, to the online relaunch of “All My Children” is currently not in the cards. Fans of the popular soap opera and the legendary character should not despair though. The petite diva enthusiastically added, “I want with all my heart to return.” Lucci further elaborated to the women of “The View” that all the parties involved are “working so hard to make that [return] happen.”

So what is holding up the biggest name in the soap opera medium? Mainly, it’s the fact that Lucci is currently taping episodes for the upcoming Lifetime series she stars in, “Devious Maids,” which has her regularly flying between her home in New York and the production set of the Marc Cherry series in Atlanta. The Emmy winner has kept busy since “AMC” closed shop on ABC in September 2011. Along with filming “Devious Maids” and a busy entrepreneurial and endorsement schedule, Lucci is also the host and narrator of the Investigation Discovery reality-based series “Deadly Affairs.”

With the online relaunch of “AMC” announced in January and filming already beginning this week, Lucci was not the only former “AMC” star who found her/him-self unable to make an immediate commitment to the soap opera that put them on the map. Cameron Mathison, the very busy actor and commentator who was one of the first stars to commit to the initial online relaunch when it was proposed in 2011 , revealed that the timing just didn’t work out but added that he hoped to “make an appearance at some point.” Alicia Minshew, who begins filming the independent film “Here & Now” this spring and who will also star in “AMC” Supervising Producer Sonia Blangiardo’s upcoming online production “Tainted Dreams,” tells Soap Opera Digest that if all works out as planned she is hoping to return to “AMC” this summer.