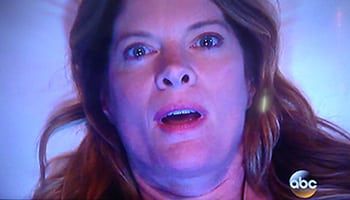 In a Twitter posting just after midnight on Tuesday, December 4 (on the east coast), Maurice Benard revealed that he signed a new contract with ABC’s “General Hospital,” which will keep him in the role of Sonny Corinthos for the foreseeable future. In his posting the actor said, “I just signed my contract for ‘General Hospital.’ It makes me feel good that I’m not leaving my family.”

Co-star Nancy Lee Grahn (Alexis Davis) responded to Benard’s tweet where she said jokingly, ” I believe its in ur contract that u must do whatever I say (in fine print which I know u didnt read).”

Benard joined the cast of “GH” in August 1993. After briefly departing the series in December 1998 to pursue other endeavors, Benard returned in 1999. He won the Daytime Emmy Award for Outstanding Lead Actor in a Drama Series in 2003 for his portrayal of the mafioso.

In 2013, Benard will celebrate 50 years of life exactly one month before the daytime soap (March 1 vs April 1).