(SoapOperaNetwork.com) — Finola Hughes, who has portrayed Anna Devane on “All My Children,” “General Hospital” and its spin-off “General Hospital: Night Shift” over the course of nearly thirty years, has been bumped to contract status at “GH” according to executive producer Frank Valentini, who made the announcement via Twitter.

“I am so excited to announce the lovely @finolahughes is now on contract!” Valentini said. Hughes followed up the producers tweet shortly afterward when she said “@valentinifrank And I am so happy to be there xxxx.”

Hughes returned to the ABC daytime soap in early 2012 and has appeared in numerous television programs in between her appearances as Ms. Devane including roles on such series as NBC’s “Blossom,” FOX’ “Pacific Palisades,” The WB’s “Charmed,” and NBC daytime’s “Sunset Beach.” In addition to television, Hughes has provided voice talents to the films “Pocahontas II: Journey to a New World” and “Scooby-Doo! Legend of the Phantosaur.”

In 1991, Hughes appeared in a faux Daytime Emmy reel for the fictionalized soap opera “All My Trials” as part of the film “Soapdish” starring Sally Field as Celeste Talbert – a spoof character of Susan Lucci‘s Erica Kane from “All My Children.” From 1999-2003, Hughes transplanted Anna Devane and her twin sister Alex Devane Marick to “All My Children” in one of ABC’s first attempts to provide cross-over character appeal to its daytime soaps.

In 1984, the legendary star received two Razzie Awards nominations for her role in “Staying Alive, the sequel to John Travolta‘s “Saturday Night Fever.” She won for Outstanding Lead Actress in a Drama Series at “The 18th Annual Daytime Emmy Awards” for her role on “GH.”

When "One Life to Live" returns next month, things won't exactly going well for at least one longtime Llanview resident. According to "OLTL" Co-Head Writer Thom Racina, technology and tough economic times may have finally caught up with the town's matriarch Victoria Lord (Erika Slezak) and her family's newspaper The Banner.

‘AMC’s’ Jill Larson on Show Cancellation: ‘It Was Not A Surprise’

On her official Facebook page, "All My Children" star Jill Larson (Opal Cortlandt) broke her social media silence after it became apparent earlier this week that Prospect Park was not moving forward with a new season of either "All My Children" or "One Life to Live," at least "at this time," according to the actress.

Just in time for the typical teen-driven storylines soaps often focus on for the summer comes a brand new young actress ready to shake things up in “General Hosptial’s” Port Charles: “666 Park Avenue” star Samantha Logan, who will be playing Taylor DuBois, the little sister of Felix DuBois (Marc Samuel). 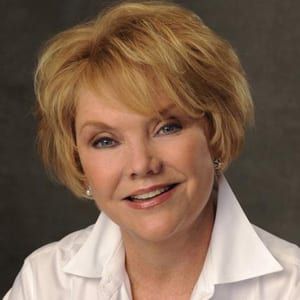 Never one to mince words when it comes to voicing her opinions on the behind-the-scenes antics of both Llanview and ABC, "One Life to Live" leading lady Erika Slezak (Viki) speaks out against her soon-to-be-ex boss Brian Frons and notes her optimism at the soap's future with Prospect Park.