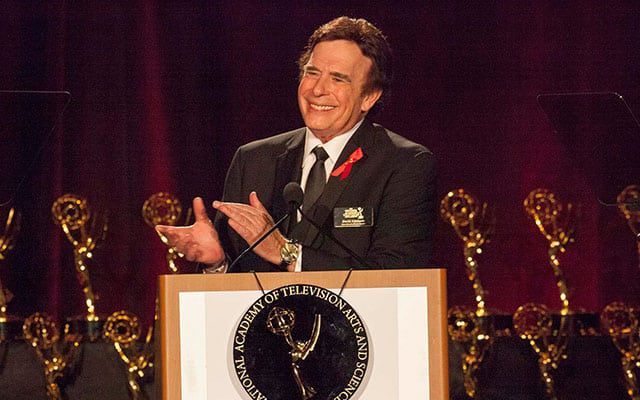 (SoapOperaNetwork.com) — Prospect Park decides to move forward with plans for “One Life to Live,” while delaying the launch of “All My Children” for the time being. But why the sudden change of plans?

As Soap Opera Network Editor-in-Chief Errol Lewis expressed over the weekend, recent actions by the upstart online production company have made their decision obvious. To date, pending final agreements with the various unions, 13 cast members have agreed to make the transition with the show from ABC to Prospect Park, compared with only three for “All My Children.” Furthermore, “One Life” will keep its current head writer and executive producer and, at least for the short term, still tape episodes in the same New York City studio.

But what are the reasons for that? Some have argued that Prospect Park is giving “All My Children” some additional time off as a way to preserve it. In this argument, “One Life to Live” is turned into somewhat of a guinea pig, with its failure or success determining if and when Prospect Park would decide to debut a rebooted “AMC.”

Despite being the biased “OLTL” fan that I am, I cannot accept that assumption as a valid argument. First, “OLTL” has been the stronger of the two shows in the months leading up to “AMC’s” final episode on ABC in September. “One Life to Live” moved up in the ratings, routinely breaking even with or outperforming both “All My Children” and “General Hospital.” Creatively, the show was on an upswing as well, luring back fan favorite Roger Howarth to step back into his signature role as Todd Manning.

Also, if “AMC” was supposedly the stronger of the two, why was it’s final ABC airdate scheduled nearly four months ahead of “OLTL,” therefore giving it a momentum-killing hiatus when only a weekend will separate “One Life to Live” from the ABC and Prospect Park eras? The days of “All My Children” being more of a household or brand name are long since gone. Outside of Susan Lucci, who has become somewhat of a caricature in recent years, the show is about recognizable as “OLTL.” And speaking of Lucci, it worth noting that, while she was/is allegedly holding out for more money and fewer hours, “One Life” grand dame Erika Slezak was among the first four cast members to sign up with Prospect Park.

I sometimes wonder if maybe “One Life to Live” was the only soap that Prospect Park really wanted to license from ABC, and the network played hardball with them by forcing them into taking “All My Children” as well. Yeah, I know, probably just some wishful thinking on my part, but stranger things have happened. However, regardless of whatever went into Prospect Park’s decision, as a “OLTL” fan I am excited and optimistic about what lies ahead for the fictional town of Llanview.

From the flood of returning cast members and familiar faces in the coming months, to the show’s upcoming storyline involving the cancellation and fan campaign to ‘save’ “Fraternity Row,” to awaiting the start of the Prospect Park era, I am anxious to see what the future may hold. “One Life to Live” is back in its groove again, and now is beginning to show some (keyword ‘some’) resemblances to the “OLTL” I grew up with back in the 80’s and 90’s.

Moving on, congratulations to “CBRVA83,” who correctly guessed the answers to the trivia questions from the previous column. In case you missed the clues, here there are again with the answers: 1. What small role did Peter Bartlett (Nigel) play in the film “Meet the Parents?” Answer: An employee at an animal shelter. 2. To which magazine has Andrea Evans (Tina) served as a contributor? Answer: Healthy Cooking. 3. What former “Andy Griffith Show” actor did Barbara Rhoades (Irene) co-star with in a 1968 Western, and what was the name of the movie? Answer: Don Knotts, “The Shakiest Gun in the West.”

Now it’s time to shake things up a bit and do some more trivia. 1. What role on “OLTL” did Cameron Mathison (ex-Ryan, “AMC”) once audition for? Before taking over the character of Cristian Vega, what small role did David Fumero play? 3. What did Jerry verDorn wear to his audition for the role of Clint Buchanan that disappeared before his first episode aired? I’ll have the answers in the November 30 edition of My View of Llanview.

Now, before I wrap up this column, I’m going to look into my crystal ball and give you a quick sneak peek at a few things coming up a few weeks down the road. Unexpected couples lock lips. One family member probes into another’s mindset. Someone learns that things aren’t always what they seem. And an old flame has a few tricks up their sleeves while cozying up to the object of their affections.

Well that’s concludes yet another column. Have a great week everyone! Have a safe and happy Thanksgiving and don’t eat too much turkey!