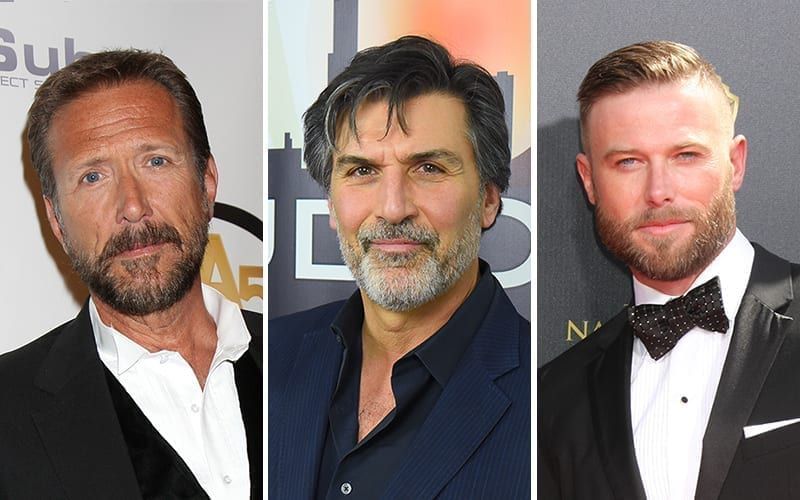 ‘All My Children’ Alums Jacob Young, Vincent Irizarry and Walt Willey to Reunite on ‘The Locher Room’

(SoapOperaNetwork.com) — Julia Barr will bring Brooke English back to Pine Valley on Friday, September 16, which means, if the soap can take a break from exploring Dr. David Hayward’s (Vincent Irizarry) God complex in-depth, Barr will air in six episodes at the most before “All My Children” airs its series finale on ABC on Friday, September 23.

Barr initially reported she was due to tape nine episodes. Her return was most likely impacted by the 41-year old soap being picked up for continuation on the internet – and potentially cable – by production company Prospect Park. ABC Daytime Chief Brian Frons recently reported that the move meant that the last few weeks of “AMC” script had to be manipulated to apply a more ongoing and less of a finale tone.

Barr joined the cast of “AMC” in 1976 as the troubled niece of delightful socialite Phoebe Wallingford (Ruth Warrick). For thirty years, fans were spellbound as Barr took us on a journey through Brooke’s many personal and professional trials and tribulations. Barr’s most memorable work as Brooke included her numerous verbal sparring matches with Erica, her romance with Adam, and the heart-breaking death of Brooke’s baby daughter Laura. In 2006, Barr was told she could only remain on cast if she agreed to a downgrade to recurring status. She decided to exit. In 2010, Barr returned as the love of Adam Chandler’s life to usher David Canary off the canvas in top form.

As previously reported, Sarah Michelle Gellar (ex-Kendall) pops up with Eva La Rue (Maria) on Wednesday, September 21 and is scheduled to tape those scenes this week, according to sources. Gellar will appear as a new character; La Rue appeared in two episodes of “AMC” in July and was scheduled to appear in three more episodes before the ABC finale.

Agnes Nixon will appear on “AMC” beginning with the Wednesday, August 31 episode and continuing through Thursday, September 1. Carol Burnett (Verla) will air on Tuesday, September 6 and Wednesday, September 7. Leven Rambin (Lily), Alexa Havins (Babe), Justin Bruening (Jamie) and, of course, Canary’s return airdates have not been released at this time.