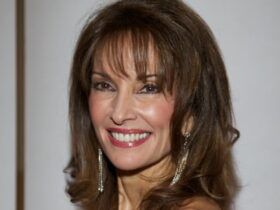 Before heading into surgery Amanda asks for some time with Janet and she tells her mom she loves her and crawls in bed next to her. Jake tells Griffin he didn’t appreciate how amazing Amanda was until it was almost too late.

Griffin tries to cheer up Cara and says there’s no guarantee that Tad will go back to Dixie. David watches Cara introduce herself to Dixie. He follows Dixie off to the park as Tad and Cara have a heart to heart.

Ryan looks at the tracking device and tells Kendall that David might be heading straight to Greenlee. Ryan and Kendall track David to Angie and Jesse’s hotel room. Ryan realizes David duped him. He fills Jesse in on everything that’s been going on in Pine Valley and David’s involvement. Angie and Kendall are sure David wouldn’t hurt Greenlee but Ryan isn’t so sure. Zach continues to hallucinate and has flashbacks to his mother Amelia’s funeral. He then starts to think that Greenlee is Kendall and says he is going to protect her with his life. Greenlee pulls away when he holds her but he’s out of control so she decides to go along and pretend she’s Kendall.

Angie wishes Jesse could see David the way she does.