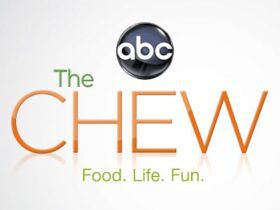 ‘The Chew’ Continues to Erode Viewers from ABC Daytime Lineup

David tells Angie he does everything he does with only the though of what it can get him. Saving lives boosts his ego and that’s all there is to it. Angie thinks there’s more to the story, he does what he does because he wants to be loved. David is surprised when Marissa pulls him into a hug. She thanks him for saving Zach and Dixie and tells him that his acceptance of her and Bianca’s relationship means a lot to her. David calls Krystal out on stroking his ego. Krystal asks David if he saved their daughter (Babe) too. He takes him leave without answering her question.

Ryan contemplates the odds of Zach surviving the plane explosion the witnessed and wonders how on earth David was at the right place a the right moment. Zach is unable to recall anything from the crash. Ryan is determined to get answers. Greenlee tells Ryan she wants him to drop the obsession with David and to just focus on them having each other – which is in part due to David saving her life. She tells Ryan about seeing Leo after David drugged her. Ryan consoles her and the two make love.

Zach and Kendall share a tender reunion. Griffin interrupts to give Zach medication to fight his infection and tells Kendall he wants to examine her to make sure she’s okay. Kendall tells Griffin her heart is soaring to have her husband back. Griffin is hit. Kendall tells Griffin how much their relationship has meant to her. Griffin returns the sentiment and reaffirms that he is happy for her. Kendall stares at Zach lovingly before resting her eyes. Zach opens his eyes having heard the conversation between her and Griffin.

Mookie tells Jesse he’s waiting for Maya to get off work when Jesse finds him lurking in the hallway. Once Alone, Mookie begins pushing Maya around. She slips and mentions giving their baby away, shocking Mookie. Mooke pushes Maya to the ground when she refuses to answer his questions. Jesse and Angie arrive at that moment and toss him out.

Marissa tells Bianca she wants to spend the night with her. The two fall into bed together and begin to make love.