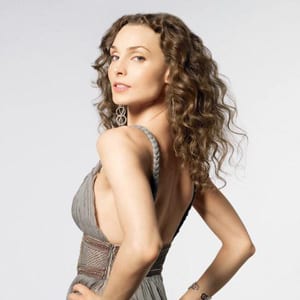 Kendall is quiet after Zach’s declaration that he is standing by David. Ryan, Greenlee and later Griffin are dumbfounded by Zach’s allegiance to David. Kendall defends Zach’s position on the matter. Greenlee tries to get through to Kendall. Griffin questions David about his new biggest fan, Zach. Zach tells David he wants to partners with him on Project Orpheus

Dixie tells Tad she feels much better and is working on building a relationship with Kathy. Cara initially pulls away from a kiss with David. David and Cara make love. Cara tells David she has no regrets about what transpired between them. Griffin interrupts the pair  as Cara’s preparing to leave. David announces to Griffin that he’s offered Cara his former research position in the Orpheus Project.  Cara apologizes to Tad for disappearing and he’s relieved to hear she is staying in PV. His relief is short-lived as Cara reveals she is going to work with David on the Orpheus project.

Liza is sickened by JR’s actions and tells him to find a new lawyer. Colby convinces Liza to give JR another chance. Marissa tells Tad that JR tried to bribe the judge for the custody hearing. Tad and Dixie show up at the mansion and want to know if JR’s been drinking. Tad assures JR that his son loves him. JR asks Dixie to help him get rid of all the alcohol in the house. We later see JR is clearly manipulating his loved ones in order to get what he wants.