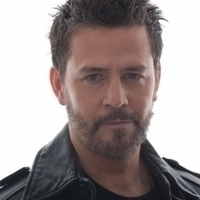 The man with Todd’s original face has spent the night at John’s. Looking for answers, John takes a DNA sample, warns him to stay put, then leaves to have it analyzed. Roxy nearly discovers him. The man with Todd’s original face listens to an incoming message for John from Tomas who wants to talk about Todd Manning. Defying John’s orders, he answers the phone in John’s voice.

Knowing Téa’s searching for the truth, Todd admits he’s been involved in some dangerous business dealings but assures her that’s all over and, as he believes, the person who kidnapped Sam is dead. Todd and Téa end up making love. Afterward, Todd goes to his office and discovers John McBain, who has covertly obtained a sample of Todd’s DNA.

Tomas tells Blair the story he told Téa about his involvement with the CIA. Blair appreciates his opening up and agrees to go to David’s movie premiere with him.

Rex demands that Clint tell Dorian to drop the charges against Echo or he’ll bring charges against her for leaving him to die. Clint agrees but is troubled by Rex’s coldness. Rex later sees Blair and Téa blithely having their hair done and grows even darker. Dorian receives a call for Clint warning her to back off Echo or face prosecution herself. Dorian later tells David she was forced to drop the charges against Echo and though both Dorian and David are disappointed that Echo won’t pay for her crime, they focus on the impending movie premiere and look forward to a great night.

Knowing Clint’s approaching release from the hospital also spells his approaching incarceration, Viki intends to forego the movie premiere and spend the evening by Clint’s side.

Brody asks what Vimal intends to do with his knowledge that John is Liam’s father. Vimal ultimately agrees to keep Brody’s secret. Rama takes a job as a manicurist at Foxy Roxy’s and runs into Cristian, who has cooled off after their last encounter and is willing to take another stab at friendship. When Mrs. Patel comes in to get her nails done, Rama hides and hears her talking about her pregnant daughter-in-law. Rama feels terrible for what Vimal must be going through and his inability to produce his pregnant wife. Cristian has an idea to get Rama pregnant in a hurry.