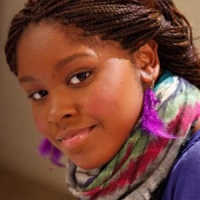 On Monday, July 4, “One Life to Live” will air an encore presentation of Erika Slezak‘s 40th anniversary episode, from 04/27/11. Cutter and Aubrey bicker about Joey and Tess. Aubrey and Rama let Cutter stay in their motel room. Rama starts to miss Vimal. Viki takes her anger out on Dorian when she comes to visit Clint on Wednesday, July 6. At the same time, Ionia again throws herself at David, while Echo secretly takes pictures of the encounter. Afterward, he chooses not to tell Dorian, and is shocked by what he finds on the Internet. By Friday, July 8, the newlyweds continue to be at odds over Ionia. Dorian refuses to go with David to give Rex and Shane his condolences. Now home alone, Dorian signs for a mysterious package and wonders who it is from. Echo eavesdrops as David confides in Viki and seeks her help. Later, he returns to La Boulaie to find a Dorian pointing a gun on him.

The Inside Story: Change of Heart
Jessica agrees to let Ford be in Ryder’s life, and refuses to press charges against him. Natalie interrupts Brody before he can her the truth about Liam on Tuesday, July 5. Meanwhile, Vimal prepares to make a confession to John. Todd puts the screws to Vimal and offers him a job. Later, John returns to find Vimal has changed his tune. Shane unleashes his anger at Clint on Wednesday, July 6. Rex lets Shane in on his plan. Jack begins to suffer pangs of guilt. Blair blasts Todd’s actions regarding their son. Jack pays Shane a visit. Todd does damage control in front of Rex and Shane. Rex pretends to forgive Todd and Jack. Blair confronts Tomas over the secrets he is keeping, which leads to a kiss. By Friday, July 8, Viki nearly encounters the man with the scar at Llanfair. Vimal is less than forthcoming with John. Brody continues to keep Liam’s true paternity a secret, and is asked by John to help bring down Todd. John realizes the tape recorder is missing. Jack begins working at The Sun. Todd discovers a rival company has hijacked one of his business dealings. Todd and Vimal discuss John, which Jack partially overhears. Blair confronts Téa over her handling of Jack. Afterward, Rex and Shane give the women a chilly reception at Asa’s mansion, as part of Rex’s plan to deprive Todd and Jack of Blair and Téa. Roxy is displeased with Rex’s new attitude and the fact he fired Nigel. Meanwhile, Echo chooses to overlook Rex’s behavior. David, Viki, Jessica and Natalie arrive to visit the Balsoms. And Natalie lets Jessica know she and Brody are officially a couple.

A Closer Look: New Lease on Life
Clint thinks Bo has come to arrest him on Tuesday, July 5. As the brothers dance around the truth, Viki becomes suspicious. Afterward, Viki urges Clint not throw his life away, now that he has been given a second chance. Meanwhile, Matthew suffers a seizure while trying to tell Nora that Nate attacked him. Dr. Pryor informs Bo and Nora that needs to be moved to a specialty clinic out of town. Thinking Matthew is on the road to recovery, Nate believes he has gained the upper hand on Rick, who soon learns otherwise. Dani walks in on Nate and Deanna hugging on Wednesday, July 6. The two soon argue, leading Nate to ask her why she kept the truth from him. Rick again threatens Deanna. Meanwhile, Baz and Hope hit it off, which leads James to unburden himself to Deanna. Dani confronts Destiny over the pregnancy test, which she later takes. Dani and Nate make up. Bo and Nora agree to do what his best for their son. Destiny gets the results of her pregnancy test, and shares them with an unconscious Matthew on Thursday, July 7. Later, Destiny lies to Dani about the results.