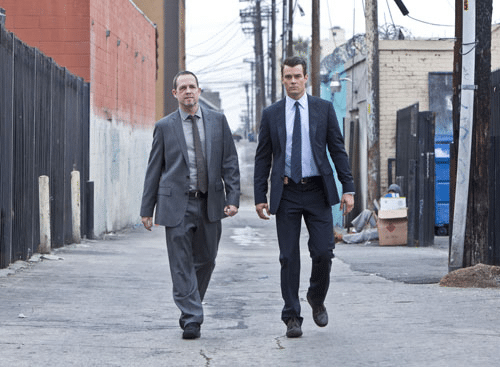 (SoapOperaNetwork.com) — After fifteen years of working in various positions on the “One Life to Live” writing staff, including serving as the show’s head scribe for the last three years, ABC has announced that Ron Carlivati will be joining “General Hospital” as a script writer. The move will fulfill the remainder of the three-year contract Carlivati signed with the network last September. A similar two-year deal was hammered out at the time with “One Life” Executive Producer Frank Valentini.

Despite the timing of the news, “OLTL” fans breath a sigh of relief, however, since Carlivati is not expected to begin his new duties until after the show wraps production sometime in mid-November. “One Life to Live” will air its final episode on January 20, 2012.

Carlivati echoed the sentiment in a press release, saying that “I remain fully committed to Frank Valentini and ‘One Life to Live’ as the show’s Headwriter until the series concludes in January of 2012.  It has been my distinct honor to write for Agnes Nixon’s groundbreaking soap opera for the past fifteen years, and it will be with a heavy heart that I, along with my incredibly talented team, pen its finale.  At that time, I am happy to announce that I will then be joining the writing team of ‘General Hospital,’ and am thrilled to be working once again with Executive Producer Jill Phelps as well as new Headwriter Garin Wolf.”

The news of Carlivati’s move to the L.A.-based “Hospital,” was broken Thursday by “One Life’s” soon-to-be-departing leading lady Robin Strasser, who tweeted that ” JUST TOLD but NOT told it wuz SECRET: Ron CARLIVATI to #GH as script writer-hopes 2 b co-head writer? Yo,I’m taking heat for leaving early?” Strasser, as we previously reported, is leaving “OLTL” this summer to have back surgery. Her final tape date is Friday, July 1.

Carlivati, along with his writing staff, won a Daytime Emmy in 2008 for their work on “One Life to Live.” He began his daytime career on the soap as a Writer’s Assistant from 1996-1998, before being promoted the the position of Script Writer. In 2001 he was again promoted, this time to the job of Breakdown Writer. In May 2007, he was appointed Co-Head Writer (along with Dena Higley). In September of that year, he was named the show’s sole Head Writer following the network’s dismissal of Higley, where he has continued to serve (minus a brief hiatus during the 2008 Writer’s Strike) in the same capacity.

Click here to read an interview Soap Opera Network did with Carlivati in March of this year, one month before ABC announced the cancellation of “One Life to Live” and sister soap “All My Children.”