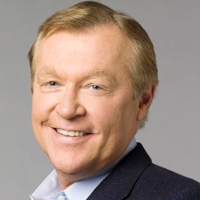 Clint expects to be prepped for surgery when he is informed him the surgery is off. Clint prepares his family for a final goodbye.

Todd gets Brad’s father alone and makes the unemployed man an offer he can’t refuse.

Nate is horrified by Deanna’s news that Rick knows about Nate’s responsibility for hurting Matthew. He’s further horrified when he learns that Rick will keep silent about it if he and Deanna appear in one of his films. Dani is twigged by seeing Nate and Deanna with their heads together. The graduation ceremony begins, preempting further conversations.

Starr is stunned to learn that Baz is Tomas’ son and will be staying in Llanview. James isn’t thrilled when he comes upon Starr and Baz discussing music and the possibility of collaborating on a song.