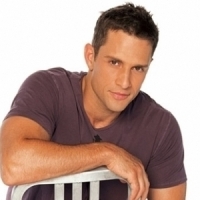 (SoapOperaNetwork.com) — Yet another cast member is planning to leave Llanview early. According to the latest issue of Soap Opera Digest, David Fumero (Cristian) will be departing “One Life to Live” before the show tapes its final episode in November.

The move is the latest in a series of actors that have already left or are about to leave the canvas as the show begins to trim down its cast in order to bring back several fan favorites as the show winds down. Others on the list include Brian Kerwin (Charlie), Robin Strasser (Dorian), Susan Haskell (Marty), Farah Fath (Gigi), Gina Tognoni (Kelly), and Tom Degnan (Joey).

It remains to be seen how Fumero will be written out of the show. No final tape or air date has been given for the actor, who took over the role of Cristian Vega in 1998 (he left the show briefly from 2003-2004, and again in 2005).  The role was originated by Yorlin Madera in 1995. Fumero is married to his former co-star Melissa Gallo (ex-Adriana).

In the meantime, look for Cristian and Rama (Shenaz Treasury) to continue to cross paths, much to Vimal’s (Nick Choksi) displeasure.