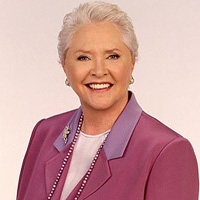 Liam and Bill came by the Malibu house. Amber told them that Rosie was with Marcus. Liam asked how he was handling it. Amber said he's still in shock. She then told them to get on with what they came here for, which was to give her the boot. "I'm already packed." she said. "Good." Bill replied. Liam stepped away and called Hope to tell her to come by. Hope, who was still with Steffy arguing, told her she had to go. Steffy told Hope that she didn't want her to be heartbroken over her parents reunion. Hope told Steffy that she'd be the one who ends up heartbroken because Ridge belongs with her mother, not Taylor. Meanwhile, Amber came downstairs at the Malibu house with her bags packed. Bill snarked at her. Hope arrived and Amber told her she was sorry and hoped to make it up to her some day. Bill wasn't having any of it and fiercely told her to leave. Before leaving, Amber said she's starting a new life now taking care of her precious baby. She asked them to all say prayers for her. Bill clapped with glee when she left and suggested they call a hazmat crew to come and disinfect the house. Liam was stoked when Bill told him that he and Hope could keep the keys to the house. Bill left and Liam and Hope celebrated. "I want to make this the summer of our lives." Liam said.

Dayzee stopped by Brooke's home at her request. She asked what happened with her and Ridge. Brooke didn't want to talk about it. Brooke told Dayzee that she wanted her to be on the board of her new foundation.

Over at Taylor's house, Taylor confided in Stephanie that she wanted her wedding to be small. Stephanie was to distracted to listen. Taylor asked if she was ok. Stephanie said she was. Taylor noted that Eric told her she was coughing the other night. Stephanie said she goes in for all of her check ups and that she's fine. Taylor tried to cheer Stephanie up by asking her to be her matron of honor at the wedding. Stephanie gladly accepted but wondered about Steffy. Taylor said she wanted both of them to be it. Just then, Stephanie got a call from Brooke who said she needed to talk to her. Ridge came in as Stephanie was leaving. Before leaving, Stephanie hugged him and told him she wants him to be happy. Taylor told Ridge that she thinks Stephanie's been acting strange lately. Ridge said he hasn't been paying much attention. He told Taylor that he went to see Brooke and told her about the proposal. He talked about how difficult it was. Steffy arrived home as her parents hugged. Taylor asked her daughter to be her maid of honor. Steffy accepted and was excited. Taylor told her that her Grandmother would be standing beside her. Steffy wanted to go talk with her about it but Taylor said she was with Brooke. Later, Taylor sat with Ridge, who was sullen. He said he felt like his whole world has turned upside down and that he can't hold onto his bearings. He added that he didn't know how he could cope with all this without her. Taylor said she was ready to be his wife and would marry him right now if he wanted. Ridge said soon. "I want my famiy back. I want you." he told her. They kissed.

Stephanie arrived at Brooke's, along with Nick and Jackie who were there to help with the foundation. As the meeting commenced, Jackie and Dayzee noticed Stephanie's reluctance to the idea and wondered how she could be so hesitant towards Brooke's gesture. RJ came downstairs and asked Brooke to read him the book his dad always reads him. She told him to go get the book. Brooke decided to end the meeting but asked Stephanie to stay awhile longer. Brooke told Stephanie that it's been a difficult transition for RJ. Stephanie said she'd support in any way she could. Brooke said she lies awake at night and tries to remember what happened on the island. Stephanie told her not to obsess over it. Brooke told Stephanie she was grateful and lucky to have her in her life. "You changed my life, and I will always love and respect you for that," Brooke told her. She hugged her. Stephanie looked on with a guilty face.