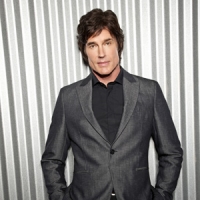 At Forrester Creations, Brooke cryptically discussed something with her lawyer over the phone.

Ridge and Taylor got ready to go to a meeting Brooke set up. They wondered what it was going to be about. Ridge noted that Eric still doesn't know about Brooke & Thomas sleeping together. Taylor wondered if he'd find out today. "I hope not" said Ridge. Taylor told Ridge that their son needs help. Ridge admitted he hasn't been there for him lately because he felt betrayed by both him and Brooke. "The longer you stay silent, the only choice he has is to feel that void with guilt and sooner or later this could really overwhelm him, I really think you need to reach out to him," Taylor pleaded.

Thomas and Stephanie talked in Ridge's office. Stephanie told Thomas she didn't want him at the meeting. Thomas voiced his concerns to her about Hope starting to catch on to his lie. Stephanie encouraged him to keep the lie going and reminded him of all he has to gain from this. "Tom, your family is about to be put back together again and you are right here positioned to take control of this company." Stephanie left Thomas sitting in Ridge's chair, which she said he looked good in.

Brooke stopped by shortly after and told Thomas they needed to talk. She asked him if he remembered anything else from the island. "Have you?" Thomas said. "No. And I'm beginning to think I won't," she replied. Brooke told him that she's not calling him a liar, but wondered if what he thought happened could've been part of another hallucination. "I know what you're asking me to say, Brooke, but I just can't." Thomas said. Brooke said he was right and then talk shifted over to the meeting. Brooke said that she wanted him to be there. Thomas said Stephanie doesn't. "She doesn't know what I'm going to do," replied Brooke. Thomas wondered what that was. "The only thing I have left to do," Brooke told him. She then told Thomas that she doesn't like the person she's become.

Dayzee and Marcus met up with each other. Marcus asked how things were going between her and Thomas. Dayzee told him that lately Thomas has changed and things just haven't been the same since shortly after he got back from the island. "I just think somethings happened and he's really dealing with something heavy." she said. Marcus listened as she voiced her concerns over Thomas's behavior lately. Dayzee told him not to tell Thomas they were talking about him.

At the Jackie M offices, Owen and Jackie were all over each other as usual. Stephanie stopped by and asked if they knew where Nick was. Just then, Nick came into the room and greeted Stephanie. "Uh oh don't tell me you need a job?" Nick said jokingly. "Actually, I'm here looking for a little insurance" Stephanie replied. Owen and Jackie left the room. "You come here for insurance so if history repeats itself, you're here to talk to me about Brooke," said Nick. Stephanie told him that Brooke and Ridge's marriage was over. Nick couldn't believe it. Stephanie told Nick that Brooke is going to be alone and that she'll need a friend. "Can't you be that friend for her?" she told him. Nick demanded to know what happened between Ridge and Brooke. Stephanie said that wasn't important. "The point is she's available," she said. After that, Stephanie left to go to Brooke's meeting.

Eric joined Thomas and Brooke in Ridge's office. Ridge and Taylor arrived soon after. Taylor was surprised to see Thomas there. Ridge told Brooke that he doesn't think Thomas should be involved in this. "I think you'll want to hear what I have to say. You all wil," Brooke said. Stephanie arrived and stated "Now that were all here, let the crocodile tears flow."