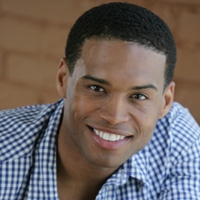 Brooke told Stephanie that she wants her to be proud of her. She continued to try and convince Steph to accept the new foundation being in her name. "I'm determined to change and be as much like you as possible." she said. Stephanie remained hesitant and said she couldn't do it. She told Brooke that she's incapable of change.

Someone rang Amber's doorbell. Amber held onto her belly and said "Please, please, please baby, let that be your daddy." She opened the door and it was Marcus. Amber let him in and he filled her in on how things went in Paris. He told her about all the hot models he saw. Amber noted how she was sitting around as big as a house while he was living it up with hot models. "Well, I just so happen to think that pregnant women are sexy as hell." Marcus told her. "Really? Don't go getting any ideas." Amber replied. Later, Marcus talked about how much fun they've had together. Amber agreed. Marcus told her that he thinks Liam will be a good father to her child. Amber agreed but seemed distant. Marcus asked if she was ok. Amber told him that she wished Liam felt more for her like he does Hope. "But he's not going to ever, especially now." she said. Marcus assured her that Liam is a stand up guy and won't walk away from her and the baby. "He wouldn't turn his back on this kid anymore than I would." he said. Marcus admitted that he was relieved when the paternity test proved the baby was Liam's. He kissed her on the forehead and then left. Amber thought to herself about Marcus. "Marcus and me. It can't be. No way…"

Eric and Ridge talked about Brooke's new determination to change her life. Taylor wasn't buying it and said it will change nothing. Ridge stepped out. Stephanie joined Eric and Taylor and expressed that she didn't think Brooke's plans were part of another scheme. Taylor couldn't believe that Stephanie actually thinks Brooke is being sincere. Eric told Stephanie that Brooke sees her as a woman of princinple and wants to be more like her. Stephanie said that she isn't some kind of saint. She went off into a corner and whispered to herself "What's done is done and I did what I believe is the right thing."

Ridge visited Brooke and told her how much he admired her for what she's doing but wondered if she's being to extreme. Brooke said she knows she's destroyed their family but wants to fix it. Ridge told her she took a step in the right direction by reaching out to his mother. He asked her if she was sure about leaving Forrester Creations. Brooke talked about all the battles she and Stephanie had in that office. "I always fought how she saw me because anything else would be admitting what she said is true–about being a predator, a slut from the valley. And it turns out, she was right. What happened on that island proves it." said Brooke. Brooke wished she could undo the damage she inflicted on Thomas. She said she wished she had listened to Stephanie sooner. "I could have spared Thomas. I could have spared us." she said. Brooke said goodbye to Ridge and he hugged her. "I'll always love you, Logan. Always." he said. Brooked stepped out into the hallway where Eric, Taylor, and Stephanie stood. She headed for the elevator and Stephanie followed her. Brooke told her they could talk about the foundation later. "I'm not taking no for answer." she said. "I just hope that some day I can look at you and say the Brooke Logan you once knew is no more." Stephanie felt guilty as she watched the elevator doors close in on Brooke.