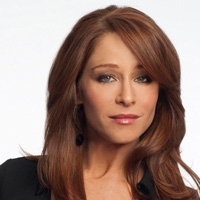 Colby is excited that things in her life, like her vlog and her relationship with Asher are going well. Asher offers some advice on expanding her brand and Colby is happy he’s taking an interest in her business. Liza asks Colby for a fresh start but she’s not ready to forgive her just yet.

Maya is happy that Colby talks to her like she is more than just the hired help. Colby notices a bruise on Maya’s arm and wants to be a friend and help.

Not knowing Bianca was the one to give JR the music box, an excited Marissa shows it to Bianca and says it shows he’s changed. Noticing how Bianca’s affected by this Marissa suggests a girls night out to take her mind off things. Bianca hides her feelings and listens to JR’s plans for a special night with Marissa. Although she wants to go out with Marissa tonight Bianca gives JR the same advice Marissa gave her earlier and says he should ask her out. He takes her advice & Marissa breaks her plans with Bianca to accept.

Tad’s hair turns orange after he allows Opal to dye it. He shows Cara and admits he did it for her, hoping to get rid of his gray hair. Cara sneaks away from the tent before Jake can find her out there. Jake tells Amanda he wants to make love to her but he’s not comfortable in the tent, as it has too many ghosts. After overhearing Jake and Cara, Amanda and asks Cara if she modeled the tent after the one she and Jake had in Darfur. Jake admits to Tad he hasn’t told Amanda about what happened with him and Cara. Tad thinks he shouldn’t tell her especially since they were able to catch themselves. Amanda is convinced Jake and Cara are hiding something from her.