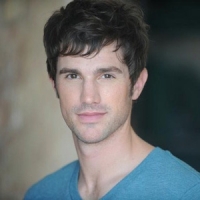 (SoapOperaNetwork.com) — Soap fans may remember Matt Cavenaugh from his stint as Mark Soloman, the secret lover of Daniel Colson (Mark Dobies), on ABC's "One Life to Live," but you may not have known that the actor is one of Broadway's biggest stars and will be hosting an intimate event with fans in New York City on Monday, May 16. Soap Opera Network has joined together with Cavenaugh in providing discount tickets to those wishing to attend. Interested?

Before he joined "One Life to Live" in 2004, Cavenaugh made his stage debut in 1997 with "The Pirates of Penzance," where he played the role of Samuel. Since then he's appeared in numerous productions including monster hit "West Side Story," where he played the role of Tony in 2009. In 2010, he portrayed Clark Kent (aka: Superman) in the Dallas production of "It's a Bird, It's a Plane, It's…SUPERMAN!"

In addition to providing discount tickets to fans in and around the New York City area, "An Evening with Matt Cavenaugh" will provide fans the opportunity to take part in a Q&A, Meet and Greet, Autograph Signing/Pictures and the chance to see Matt perform songs from his new CD. If you plan on attending, make sure to use the Soap Opera Network exclusive discount codes in order to receive the discounted pricing.

An Evening with Matt Cavenaugh

Participants: Ever wanted to work one-on-one with a soap star? Here’s your chance! Participants will get the chance to work one-on-one on a song or acting scene (even a scene from OLTL) all while getting expertise and advice from Matt. After brushing up on your skills, Matt will talk about his time on One Life to Live, take part in a Q&A session, meet and greet his fans, and even sing from his debut album!

Auditors: Join Matt Cavenaugh for this one-of-a-kind evening where he’ll talk about his time on One Life to Live, take part in a Q&A session, meet and greet his fans, and even sing from his debut album! You’ll even get to watch Matt work with some talented individuals on the art of acting.

And don’t worry; there will be plenty of time for pictures and autographs!  Matt will even have his brand new album on hand if you want an autographed copy!