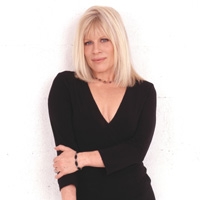 (SoapOperaNetwork.com) — The latest comings and goings for Llanview, Pennsylvania for the month of May and beyond.

“One Life to Live” has put out an audition script for the recurring role of “Ionia,” whom we previously reported was described in a recent casting breakdown as a Caucasian woman in her 40s or 50s and a “beautiful, sexy, and confident actress hired to play Dorian Lord in a major movie.” The scene opens with Ionia telling “Esther” that she is glad that she made it, because she was afraid that people were about to recognize her. Esther apologizes, and says she must get back to the office, but wanted to check in with her first. Ionia says everything went perfectly, and that she could just picture the look on “Elizabeth’s” face, with her clenched jaw and everything. She goes on to remind Esther that, as an actress, she is trained to pay attention to these sorts of things. Esther states that she is glad to hear her say that. Ionia says that she could tell by Elizabeth’s reaction that she is beginning to doubt “Wyatt.” Esther praises her and says to keep up the good work. Ionia is flattered, but says that kissing Wyatt Bass is anything but hard work. As the scene ends, Esther tells Ionia that it is time to take things to the next level, to which Ionia replies that she is ready and can hardly wait to begin.

The Patel family is about to get a little bigger. And no, we’re not talking about Rama’s fictitious little bundle of joy either. “One Life to Live” has just released audition scripts for the recurring roles of Vimal’s parents, Mr. and Mrs. Patel. Both screens are mostly the same, and open with them visiting “Chandler” (remember that “OLTL tries to throw viewers off the trail by changing character names in these scripts). Chandler acts surprised to see them. “Mr. Patel” reminds him that he knew they were coming and said it was a rather long flight. Chandler nods in agreement, and says that he wasn’t expecting them until later. Mr. Patel tells him that his mother insisted they arrive at the airport extra early, which enabled them to catch an earlier flight to Llanview. The Patels seem very impressed at their surroundings and tell Chandler how great his office is. Mr. Patel tells his son how happy he sounded to be working at Statesville Industries when they talked over the phone and that he looks so happy now as well. He goes on ask about his wife “Shiva” and the baby they are expecting. Chandler tries to explain, which makes his father confused. Misinterpreting his son’s explanation, Mr. Patel thinks the baby will be a girl rather than a boy. As the scene ends, Chandler tells his parents that he doesn’t have time to reunite them with his wife at the moment because he has work to do. In response, his parents tell him that it is okay because they realize that he is a very busy man.

Speaking of Vimal (Nick Choksi), look for him to receive some interesting news on Friday, May 27.

The day before, on Thursday, May 26, Ilene Kristen pops up again as Llanview’s favorite drunk Roxy Balsom, when she takes matters into her own hands, and tries to handle a precarious situation as only Roxy can.

On Wednesday, May 18, Austin Peck returns as smut peddler Rick Powers, when a certain something or someone gets under his skin and later tries to take advantage when a golden opportunity suddenly presents itself.

Determined not to give up until she gets the scoop on the identity of Eddie Ford’s real killer, WVL-TV Reporter Blanca Morales (Carolina Bermudez) continues to inch closer to the truth beginning Thursday, May 19. But will she find what she is looking for, or will her quest led to unintended consequences for several Llanview residents?

Tamela Aldridge ends her run as Dr. Sabrina Buhari on Wednesday, May 18. But will the troubled shrink leave town of her own volition, or at all?

Alters gone wild! With Tess running amuck for weeks on end, and Wes taking charge for a time starting next week, could a visit from Jessica’s gatekeeper personality Bess be far behind as well? But of course, which begs the question — Just where the hell is Jessica (Bree Williamson) and she is she ever coming back?

Remember the recent audition script for “Patty,” a law student in a hamburger costume who gives legal advice to a guy in a hotdog costume? Yeah, only in Llanview. Anyway, look for that scene to play out in the coming weeks as well.

Diana Bologna appears as a Nurse on Friday, May 13.

Kassie DePaiva commented on her Facebook page Wednesday that she “Worked today. Had great scenes with Micheal Easton… Was wonderful to see Roger today. I hope Blair gets to cross paths with that Todd. Keep watching OLTL… Keep telling your friends and family to watch too. One Life is worth it!!!!!”

Kristen Alderson tweeted Tuesday that “I saw Roger Howarth! I couldn’t be more excited that he’s back!”

And Nafessa Williams (Deanna) tweeted Tuesday that she was “Headed to work for a fun day of filming.”