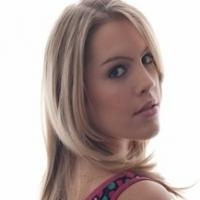 When Todd hears that Starr’s distressed about James’s ex being in town, Todd wants to take action to get rid of her. Starr appreciates his offer, but doesn’t accept. Todd receives a mysterious and troubling phone call.

Dorian informs Viki that she gave Niki a tape that Viki really must hear. Viki locates the tape and listens to evidence that Echo knew Charlie wasn’t Rex’s father all along. Meanwhile, Echo confronts Clint about that tape. He spills all about Dorian’s part in procuring it. She rushes off to find Viki – only to learn that Viki is on her way to see Charlie with proof of her deception.

Cutter agrees to help Tess. Brody finds out that Tess attacked Ford then vanished. Ford has an idea of where she might be. They arrive at Cutter’s room.

Nora and Matthew are stunned to learn that Bo knew about Clint’s heart attack yesterday. Bo seems uncaring – until Nora convinces him that it’s okay to care. Bo visits Clint at and Clint tells him he’s dying. Destiny tells Blanca to stop accusing Nora of killing Eddie Ford. Blanca extracts info about Matthew from Destiny. Destiny realizes Blanca is insinuating that Matthew killed Eddie Ford. She goes to Matthew with this news.