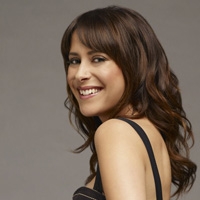 Lisa makes a series of suggestive purchases on Patrick’s credit card – sending him credit alerts. Robin mistakenly chalks up the charges to her recent Jacuzzi purchase. Ethan discovers that Kristina has been taking an addictive drug, courtesy of Lisa. Later Ethan confronts Johnny as Kristina tries to get the truth from Lisa.

Anthony eggs on Lucky with unkind words of Jake, goading Lucky to punch him. Luke witnesses how much Lucky continues to hurt over the loss of Jake and Luke’s alcoholism. Lucky almost succumbs to his pill addiction when he encounters Kristina.

A drunk Luke interrupts Jason and Carly’s conversation and tries to provoke Jason into killing him.

Jason warns Michael to back off searching for the hit woman who framed Abby, especially while Carly battles Jax for custody of Josslyn. But later Michael tells Abby he wants to work Anthony for information.

Steve takes the day off to surprise Olivia with a guitar serenade. Later, the two get honest about what brought them together – and what will them that way.