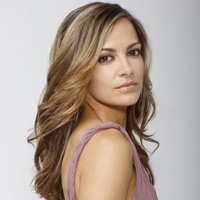 Things remains tense between Ryan and Greenlee. Emma lashes out at Greenlee. Greenlee informs Emma about all that is going on with her baby sister and promises to be by her side. Later, she brings Emma to the hospital to see her sister and Emma tells Ryan not to mad at Greenlee for bringing her there.

When Griffin calls to tell Kendall what he’s found out she blows him off since she’s with Ricky. A concerned Griffin tells Ryan that Ricky wiped the hard drive of his computer clean. Kendall works to get Ricky to open up to her. He reveals that his dad was a disapproving minister. When Ryan shows up Ricky informs him of his engagement to Kendall. Ryan’s ready to snap. Kendall steps in and manages to cover for Ryan’s outburst. When Griffin finally gets to tell Kendall about Ricky’s computer he stresses how worried he is that Ricky might be onto their plan. Kendall tells Griffin she will do whatever it takes to get the truth.

Krystal and Jackson have an awkward encounter. Jane tells Erica there will be consequences for those she loves if she doesn’t assist her with her duplicity. Erica questions why Jane has taken over her life. Jane simply responds that she’s Erica’s biggest fan. After filling Erica in on with Jackson’s been up to since she’s been gone, Jane tells Erica to hand over Jackson’s engagement ring. Erica provides Jane an altered detailing of Jackson’s proposal to her. Jackson searches for Erica at the hospital. Erica is confident that Jack will figure everything out and rescue her. Jane spends quality time insulting Krystal until Jackson breaks it up. Jackson is bewildered when Jane recaps his proposal to her.