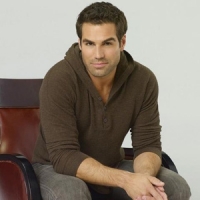 Griffin breaks into Ricky’s room and Kendall frantically calls to warn him that Ricky is on his way back. He gets out in time and goes to the warehouse where he consoles Kendall. In an effort to keep Ricky away from Kendall, Bianca tells him that there was a leak at the Yacht Club. When he returns to his room, Ricky senses someone was there and wonders if Bianca was trying to keep him away from Kendall.

The doctors try to keep Madison’s pregnancy at bay but because the baby’s heart rate is dropping they must deliver the baby now. Before being taken into surgery, Scott tells Madison that he loves her but she doesn’t have a chance to respond. Greenlee reassures Ryan that they will all be a part of raising Madison and Ryan’s child.

Off a clue from Erica’s ransom video Caleb and Jack search for Erica at a nearby quarry. Despite Caleb’s insistence he stay behind, Asher shows up to help in the search. While the three are out looking, Asher hears a ticking and the place explodes. After the explosion, Asher and Caleb are out cold, Jack barely regains consciousness, and Erica reaches her hand out from the rubble.