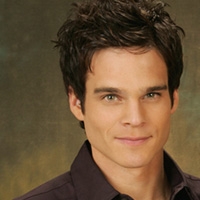 Victoria and Billy wake up to discover that Delia and Lucy are not in their rooms. Victoria assumes that Jana could have either taken them downstairs for breakfast or out for a stroll. When the discover that Lucy's and Jana's clothes are missing, they begin to panic.

Kevin gets a call from Jana, asking him to come meet her. She has news for him regarding where his niece is. Kevin takes off, right at the time that Chloe and Chance arrive at the coffee house together to share coffee. As the two are talking, she received a phone call from Billy, asking her if Delia is with her. When she asks what's going on, he breaks the news that the girls have been kidnapped. She quickly deduces that it was Jana that took them.

Katherine and Murphy head over to the Newman ranch to have breakfast and conversation. Victor is pleased to see them and they spend time chatting with one another. During their conversation, Victor receives a call about Lucy and Delia being kidnapped. He cuts their breakfast short and calls Nikki, letting her know what has happened. Nikki, who's at the Athletic Club, tells him that she's on her way. As she hangs up the phone, she calls the waiter over to bring her a pot a coffee. It's clear that she needs to sober up before leaving.

Chance, Chloe and Jill all arrive at the house to find out what's going on. Jill comments how she could kill Jana for taking her grandchildren, while Chloe attacks both Billy and Victoria for not taking her seriously. She rails them for not listening to her when she warned them over and over about Jana's instability. Before things get heated, Chance ushers Chloe away to cool her down.

When Kevin arrives at the abandoned school house, Jana fills him in on the fact that Lucy is his niece and that Billy bought her from Primrose. Kevin is happy to know that Lucy has been in Genoa City the whole time. When he says that they can go back to Billy and Victoria's, Jana tells him that they aren't giving back Lucy or Delia to either of them. Filled with delusions, Jana wants the two of them to be together and raise the girls as their own. Kevin is horrified to learn that she's kidnapped both of the girls.

Victor and Nikki arrive at the house and offer comfort to their daughter. Victoria calls herself a bad mother, but Victor corrects him in saying that she couldn't have known that Jana would kidnap the children. Meanwhile, downstairs, Daniel, who has arrived with Abby, after hearing the news, talks to Billy and tells him that he believes Jana took the baby in an effort to get closer to Kevin. Abby interrupts them and Daniel tells her that he's going to be a part of the search party. She offers to go along.

A scared Chloe admits to Jill that she is afraid that Jana is going to harm Delia. Jill tells her that she wouldn't harm the children. Chloe isn't so sure, considering the fact that she took all of Lucy's belongings but left Delia's. Jill hugs Chloe and assures her again that Lucy and Delia will be found.

A quick thinking Kevin tells Jana that he's happy that she was the one that found Lucy. She becomes overly happy when he tells her that he wants to be with her and start a family. Thinking that he's talked some sense into her, he explains in order to do that, they need to take the children back to their parents. A scared Jana says she can't go back to the house. Having another option, they head to the church. They arrive seconds after Murphy and Katherine have left. A nervous Jana wants Kevin and her to hurry up and leave before the police arrive, but Kevin wants them to wait, to make sure that the children are found safely. Jana realizes that she's being played and pulls out a gun on Kevin, ordering that they leave. As the leave out of the church doors, Katherine, who left her purse returns with Murphy and hears Lucy crying. They are overjoyed that the girls are alright.

Billy is about to tell Victoria the truth about Lucy when he received the text that the girls are at the church. The police officer instructs them to stay put until they are sure it is safe, but Billy, Victoria and Chloe ignore his words and head out to go get their daughters.

At the Athletic Club and edgy Daniel wants to get a move on so that he and Abby can find Lucy. Abby can't understand why Daniel is getting so riled up about finding her niece. Unable to hold the truth in any longer, Daniel blurts out that Lucy is his daughter.