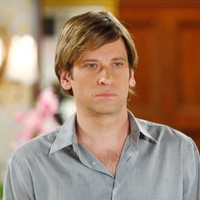 (SoapOperaNetwork.com) — As we previously reported, Roger Howarth is set to return to “One Life to Live” this spring. And, while it isn’t clear if he will be reprising his signature role as Todd Manning, or if he’ll be playing someone else, fans can expect to see Howarth back in Llanview sooner than previously expected.

Although he wasn’t even scheduled to begin filming scenes until next month, ABC Soaps in Depth reports that Howarth will appear on screen beginning Friday, May 13, as the Todd storyline continues to unfold. “One Life to Live” Head Writer Ron Carlivati made the decision to insert some of Howarth’s scenes into episodes several weeks ahead of his original anticipated first airdate early this summer, after ABC cancelled “OLTL” earlier this month.