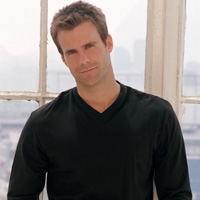 Erica tries to make a deal with her captor to let her go but gets no response. She tries to bust out but has no success with that either. Opal tries to reassure Jackson that Erica’s disappearance can be explained. Krystal shows up and Opal tells Caleb to spend more time with her because she is getting too cozy with Jack. Caleb’s not interested though especially since he still has hope things will work out with him and Erica. Krystal consoles Jack and says she is there for him, whenever he needs her.

Kendall tells Ryan that she might have proof Zach was murdered but cannot find Ricky’s name on the payment list for the Casino owners, but she does find Diana’s name. She reveals to Ryan that she suspects Ricky, but isn’t ready to involve the police just yet or falsely accuse anyone. Ricky overhears Tad and Cara talking about Griffin faking a ruptured spleen and he passes what he’s heard on to Liza who demands to see XRAY proof. Cara wants to fake the XRAY but Tad and Griffin make it clear she can’t otherwise she could be deported since it’s a felony. Griffin tells Liza that he is feeling better and she insists he go back to jail. Cara tells Kendall to stay away from her brother, worried he will wind up dead because of her. Kendall is able to convince Cara to help create a diversion from the police and tells Griffin she’s busting him out.