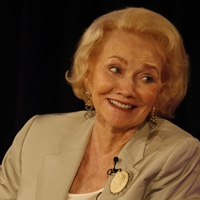 (SoapOperaNetwork.com) — Following much speculation on the topic, a spokesperson for “All My Children” has revealed that Lorraine Broderick’s first official script as Head Writer will air on Monday, June 27. “AMC” and “One Life to Live” creator Agnes Nixon will assist Broderick in scripting the shows final months. Broderick’s promotion to the position was announced on April 2. The 41-year old serial drama is scheduled to air its final episode before the 2011-2012 television season officially debuts in September. Production is expected to cease in early August.

As previously reported, this will mark Broderick’s fourth stint as “AMC’s” top scribe. She was a member of the “AMC” writing team from 1979 to 1991; she served as an Associate Head Writer of the show from 1981 to 1986 and from 1989 to 1991. From 1986 to 1989, Broderick served in the positions of Co-Head Writer and sole Head Writer at the ABC soap. Broderick left “AMC” for a successful Co-Head Writing stint on CBS’ “Guiding Light” in 1991. In October 1995, Broderick returned to “AMC” in the position of Head Writer. Despite three consecutive Emmy wins for Outstanding Writing in a Daytime Drama Series, Broderick was fired in December of 1997 after a long period of then record low ratings. The popular writer quietly returned to handle the ship in the wake of Charles Pratt, Jr.’s firing in November 2009. Broderick was the unofficial top name in the writing credits for the soap from February 8 to May 11, 2010. Since handing over the reigns to Donna Swajeski and David Kreizman, Broderick has remained on the writing staff as an Associate Head Writer.

Like in all transitions of this type, in preparing the canvas for the new Head Writer’s stories, look for writing tweaks from Broderick to Swajeski & Kreizman’s work to begin appearing on-screen in the weeks just prior to June 27.