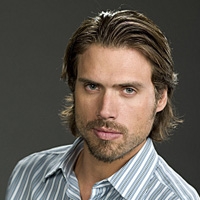 (SoapOperaNetwork.com) — In an interview with Soap Opera Network, "The Young and the Restless" star Joshua Morrow (Nicholas Newman) took the time to talk about the outcome of the arbitration storyline set to air on the Tuesday, March 8 episode of the CBS soap, but he also sheds light on which storyline he'd like to tackle at some point in the future.

Morrow, who joined "Y&R" in June 1994, has found his character dealing with the rape of his high school sweetheart (Sharon, Sharon Case), the death of his adopted daughter (Cassie, Camryn Grimes), a divorce from two wives (Sharon and Phyllis, Michelle Stafford) and multiple kids, but what storyline has Morrow not played on "The Young and the Restless," but wishes he could act out in the future? "I guess something along the addiction phase. I don't think that Nick has ever really had a problem. He seems to have a wandering eye with the ladies, so one could definitely describe that as an addiction, but something addictive. I think that would be kind of fun just to see Nick fall apart a little bit. I'm always interested in the people who get to bare their sole like that on air, so I think that would be kind of cool."

While the the dynamics are completely different, what does the actor think viewers, who might be going through a similar situation, be able to take from the arbitration storyline taking place between Victor Newman (Eric Braeden) and his kids? "I think first and foremost that honesty must prevail. Victor has proven to be incapable of being honest to his children, which is very peculiar because the character is written where he always cares about his family. He's willing to do anything, but he sure makes some very questionable decisions about being forthright with them. I guess honesty and some compromise," said Morrow. "With Nick and Victor you've got two very headstrong people who don't really seem to want to bend on this. Once Nick joined this thing it became pretty serious and it carried a lot of weight to this lawsuit. I guess things like this happen in real life where the children are after their father's legacy and trying to carve out their own niche financially, but it is tough for me to think that children could go this far with their parent. It is a television show. It is dramatized to a very serious degree. I can't imagine families acting like this."

To find out the result of the case of Newman vs Newman, Newman and Newman/Carlton, tune into "The Young and the Restless" weekdays on CBS. Anytime on CBS.com. Check local listings.