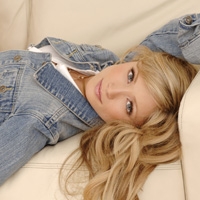 Lily continues to freak out about the text message she has received. She soon gets an unexpected visit from Jill and Colin, wanting to check up on her and the twins. The two talk but before long, Jill gets word from Nina about Chance and both she and Colin head out. Moments later, Lily leaves to meet up with Daniel. She tells him about the text message, but when she tries to show it to him, she can't locate her phone. When they arrive at her apartment, she and Daniel discover that the message is no longer there. Daniel watches as Lily slowly becomes unhinged.

Abby stages a press conference at Gloworm. During her talk about 'The Naked Heiress' she does as the title states and drops her clothes for all to see. The minute the press conference wraps up, the police arrive and arrest Abby for public indecency. Back at Tucker's Ashley tells him that she has some doubts on his getting Beauty of Nature and how she wants Abby to be left out of the equation of his business dealings. Before they can continue on, she gets a call about Abby being at the police station./p>

Paul and Chance get word about the whereabouts of the van that stashed Heather. When they get to the gas station, they soon fall upon a diner not too far away. They go in to ask questions, unaware that Angelo is eating in the diner. Coming up empty they head back out in search for her.

Katherine pays Victor a visit and talks to him on Tucker. She believes that it's time that she teaches him a valuable lesson. Victor is more than interested in what she has in mind. Shortly after her visit, she heads over to Tucker's and drops the bomb that she doesn't want to hold the wedding in her home. Tucker can't believe she is turning her back on them. She points out that Ashley more than welcome to visit her home. With those parting words she leaves.

Ashley arrives at the police station and goes to the holding cell where Abby is locked up. She lets her have it for her stupid antics. Abby tells her that she wants to be taken seriously and just do the show that she wants to do. The two continue to bicker when Victor, who has heard the news, comes by. She is happy to see him, knowing that he will bail her out. Ashley learns that Victor married Diane and gives her two cents. Annoyed with them attacking his decisions, Victor tells them he's had enough and leaves.

Determined to get out of the taxidermy shop, Heather tries to find an opening but can't. She spots the matches that Angelo dropped on his way out and plans on using them to start a fire. When she does, however, the fire grows out of control. Paul and Chance are still in route of trying to find her when they spot in the distance the fire. Thinking that might be where she is, they speed over. After breaking down the door, Chance and Paul find Heather unconscious. After getting her out of the fire, Chance revives her, as Paul calls Nina to let her know she is safe.

Abby heads to the Newman Ranch after getting bailed out by Victor. She apologizes for her insensitivity towards him regarding his marriage to Diane. She begs him on whether the two of them can go back to the way things used to be between them. Victor and she embrace. 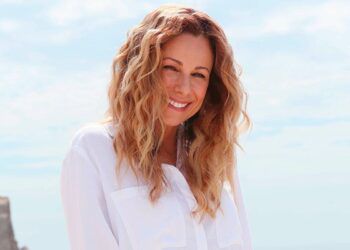 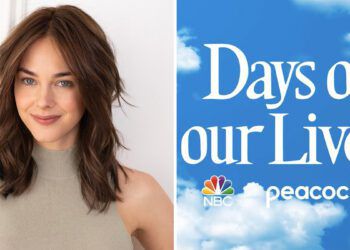