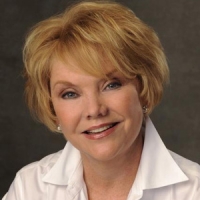 (SoapOperaNetwork.com) — On Tuesday, April 26, “One Life to Live” will pay homage to Erika Slezak‘s 40th anniversary with the show with a special episode dedicated to the six-time Daytime Emmy winning actress and her long-suffering alter ego Victoria Lord. However “One Life’s” Head Writer Ron Carlivati asserts “It’s not a tribute to Viki or Slezak, but, rather, an opportunity to let Slezak shine for a full hour. It was a way to show what she can do.  It’s really a tour de force for Erika.” Even so, it is nonetheless an honor for the actress, who nearly passed on the chance to audition for the role back in 1971. For many “One Life” fans, it would be hard to imagine anyone else in the role of the long-running soap’s only remaining original character.

The episode will feature Viki in every scene and focus on some of her most recent trials and tribulations, such as her failing marriage and her daughter’s battle with DID.

In an interview with the Scripps Howard News Service, Slezak recalls her initial shock when she learned how little time she had to prepare after landing the role of Viki.  “When my agent said, ‘You’ve got the part,’ I thought, ‘Oh great! I probably have a week to prepare.’ He told me I started the next day. I panicked.”   Prior to auditioning for “One Life to Live,” Slezak tried out for the role of Nurse Mary Kennicott on “All My Children,” only to be turned down.  In a twist of fate, “AMC” would kill off the character just four years later.

“I had 60 pages to learn every day for a week. I would memorize all day long and then memorize and say my lines out loud on the train ride home that night. I know the other people [on the train] thought I was crazy,” she laments about her first days on the show.

After 40 years on the job, one might suspect that Slezak would be slowing down in her approach. Not so, says “One Life to Live’s” Executive Producer Frank Valenini, who states that “Erika never takes anything lightly.  She is always prepared. There’s a tremendous reality to Viki that the audience can relate to.”

The legacy she has left on “One Life to Live” and the impact she has made on the daytime genre was apparent earlier this month, when the show’s cast and crew celebrated the actress’ important milestone with a surprise party on the set. Included in the celebration was a special video tribute to Slezak from her television peers, which featured Barbara Walters, Regis Philbin, Susan Lucci, and Anthony Geary, among others.  Overwhelmed by the display, Slezak expressed her appreciation to everyone for their kind words and gestures and even joked that “You got Barbara Walters? She doesn’t speak to me when she sees me!”