Home / News / ‘One Life’ Takes Bullying Storyline to the Next Level 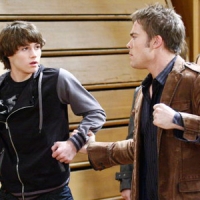 (SoapOperaNetwork.com) — Bullying is fast becoming a major concern for parents and children in schools and communities across the country. With the problem reaching near epidemic proportions, one daytime drama is leading the push to help draw attention to the issue. Recently, the long-running serial "One Life to Live" consulted with STOMP Out Bullying and Love Our Children USA to pen a storyline in which a major character on the show, Shane Morasco (Austin Williams), was tormented by a classmate, Jack Manning (Andrew Trischitta) and Jack's friends, in large part for no other reason than the simple fact that he suffers from asthma. However, while the storyline has yet to reach its climax, it is certainly taking on a more life-threatening tone – Jack swiped Shane's inhaler and walked away from him in the school gym just as Shane began to suffer a severe asthma attack – it will pale in comparison to what lies ahead.

As with most teens who have been the victim of a bully, the parents are usually the last ones to learn the truth; failing to recognize the warning signs that their son or daughter is going through pain and suffering courtesy of one of their peers. That certainly rings true for Rex (John-Paul Lavoisier) and Gigi (Farah Fath), Shane's parents, who, while observing a major change in their son's personality in recent months, appear to have come to the conclusion that it is just the way of life for a growing teenager. Jack's parent's, meanwhile, particularly his mother, Blair Cramer (Kassie DePaiva), continue to live in denial that their son could be capable of doing something so horrible. Not helping matters is the fact that Jack's father, Todd Manning (Trevor St. John), remains in a coma after being shot by an unknown assailant, leaving Blair to face the situation head on by herself.

What happens when the truth is finally revealed, and the parents learn the extent of the pain and suffering their child has endured for months on end? They typically tend to lash out at those who harmed their child, even going as far as to confront the bully themselves. It should be no surprise that Rex does exactly that on Thursday, March 31, after learning the truth from his mother, Echo (Kim Zimmer), who is unaware that the situation has gotten so far out of hand. That's what happens when you are too busy having an affair with your adversary's husband to pay much attention to your one and only grandson, but that's a story for another day. 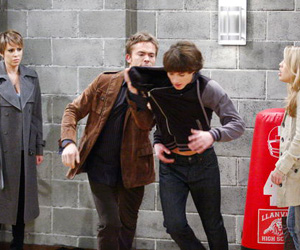 Still reeling from Echo's revelation, Rex hacks into Shane's MyFace page, which not only serves to confirm his suspicions, but to put a face with the main person responsible for harassing his only child. Armed with his new found knowledge, he breaks the awful news to Gigi, and hightails it to Llanview High where he comes face-to-face with Jack who, of course, tries to weasel his way out of the situation on Friday, April 1.

Even with his back against the wall, Jack still manages to humiliate Shane one last time….problem is, his final act could have deadly consequences for a boy who has reached his breaking point.

As the story unfolds, the Monday, April 4 episode of the soap can't be missed as Shane puts his "Life" in jeopardy.