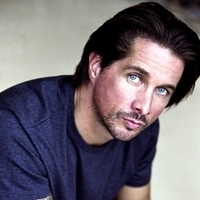 Bo is stonewalled at the Moroccan prison but Rex surprisingly shows up and gains them access to David’s cell, which is empty. Despite his anger at Rex for having kept his knowledge of David’s incarceration secret, Bo grudgingly accepts his help when they receive a clue that will take them to another part of the world.

Aubrey and Cutter want to get their hands on Clint’s tape that would expose their scheme. Clint catches Aubrey snooping in his desk and tells her the tape is securely locked in his safe. Joey returns home and with Aubrey’s support breaks into Clint’s safe, but is caught in the act by Clint.

Dorian tries to prove she’s over David by kissing Cutter.

Gigi arrives at Rodi’s to find John drinking in the morning. When she defends Natalie’s actions and reveals she knew the truth about Natalie’s baby’s paternity, John fires her. Kelly finds John alone and suggests he find a way besides drinking to deal with his pain. The pair end up kissing once again.