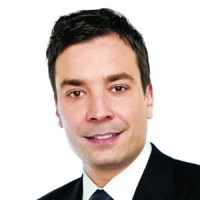 (SoapOperaNetwork.com) — On the Friday, March 25 edition of "Late Night with Jimmy Fallon," host Jimmy Fallon joked about reports of NBC's "Days of our Lives" going gay in the near future.

"The soap opera 'Days of Our Lives' is introducing a gay story line for the first time in 45 years. It’s about a guy who watches the soap opera 'Days of Our Lives,'" said Fallon in the slightly hilarious bit. He was more hilarious with his joke on Twitter vs. Myspace. "An animal shelter in Illinois has put a dog named Twitter up for adoption. Meanwhile a dog named Myspace was taken to a farm in the country where he can run and play forever."

As we had previously reported, Entertainment Weekly's Lynette Rice recently announced that "DAYS" might be undertaking a gay storyline that would possibly include a current character on canvas paired with someone new. The question remains whether or not the pair in question are male or female.