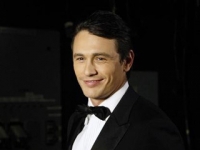 (SoapOperaNetwork.com) — Despite a less than thrilling performance as co-host of the "83rd Annual Academy Awards" on ABC last month, the network has asked actor James Franco to return to "General Hospital" once more as the deadly artist known simply as Franco.

According to the network, on Friday, March 25, Franco will again make his presence known to a Port Charles citizen. This time to Carly Jacks (Laura Wright), when Franco gets in touch with the hotel owner with a very important message.

To find out what Franco is up to next, tune in to "General Hospital." Weekdays on ABC. Weeknights on SOAPnet. Check local listings.