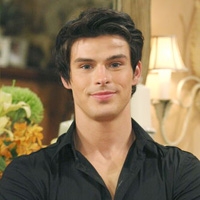 (SoapOperaNetwork.com) — "The Bold and the Beautiful" Episode Recap – Wednesday, March 9, 2011.

Taylor thinks back to the previous night when she overheard Brooke mention her kiss with Thomas.

Simultaneously, Oliver photographed a shoot involving Brooke and Thomas for the Taboo line. Thomas suggested that Brooke take her vest off to show off more skin. Ridge approved of the change. During a break, Thomas suggested that he and Brooke take another trip overseas (this time in Milan) to promote the Taboo line. Ridge agreed and noted that things went smoothly the last time and that he had faith it would be the same this time as well. "You and Brooke were a huge hit in Paris. Nothing bad happened, despite your mothers concerns. I have total faith in both of you." Brooke nodded in hesitant agreement.

After the photo shoot concluded, Oliver let Brooke know that he'd show her the proofs after he finished his next shoot for the Hope For The Future line. When Thomas and Ridge left, Brooke told Oliver about Hope and Liam's break up. Brooke told Oliver this could be his chance to be with Hope again, but she warned him not to pressure her, just be there for her. Hope entered the room and wondered what they were talking about. Brooke left and Oliver showed Hope the latest pictures he'd shot of her and complimented her on how great of a model she is. Hope asked if he knew about her break up with Liam and he told her he did. Oliver apologized and assured her that everything would be ok. After that, Oliver whipped out some old photo booth pictures from their first date at an arcade. Hope was flattered that he had kept them after all this time. Oliver then attempted to replicate the night they had by doing another fun photo booth session. Oliver apologized to Hope again and then kissed her on the cheek.

Thomas arrived at his office to find Taylor sitting in there. She told him that she overheard him and Brooke talking last night. "I know about the kiss between you and Brooke on the plane.". Thomas tried to assure Taylor that it wasn't what she thinks. Taylor refused to believe it and blamed everything on Brooke. "Brooke has worked her way through every single man in the Forrester family, alright? It wasn't just a question of if, it was a question of when you would be next." Thomas tried multiple times to convince her that he was all to blame, but Taylor continued her tirade through all of it. Thomas let Taylor know that he was the one who kissed her, not the other way around. "She didn't stop you though, did she?" Taylor said snarkily. "How could she? She was sleeping." said Thomas. Thomas admitted that he couldn't help it. Taylor said she knew he wouldn't be able to resist Brooke's pull on the Forrester men, mentioning how his Father, Grandfather, and Uncle Thorne couldn't in the past either. Thomas told Taylor that he didn't tell Ridge about the kiss because he didn't feel there was a need to. He told her Brooke had every intention of going to Ridge and telling him but he convinced her not to. He pleaded with Taylor that she should do the same.

Ridge and Brooke discussed Thomas. They talked about him and Dayzee and how great they could be for each other. Ridge notes how much of a ladies' man Thomas has become. "Madison, Summer, now Dayzee? Doesn't exactly give him a lot of time to make the moves on his old mans wife, now does it? Not that he would. Not that you wouldn't tell me if he did." Ridge then hugged Brooke, who looked completely guilty. Later on, Brooke visited Thomas at Forrester Creations and talked about how excited Ridge is about the trip to Milan as they are. Brooke made a joke about leaving Forrester Creations and Thomas got frightened. Thomas then told Brooke that Taylor knows about their kiss. Brooke was afraid that Taylor would tell Ridge about the kiss, but had faith that Ridge would understand.

Taylor arrived at Ridge's office and went into another tirade about Brooke. By rants end, she told Ridge about the kiss. "Brooke and Thomas were kissing, ok?! They kissed on the way back home when they were flying on the plane from Paris!"