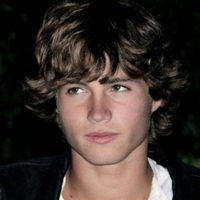 (SoapOperaNetwork.com) — Expect to be seeing more of Todd Manning’s oldest son Jack in the coming months on “One Life to Live,” as Andrew Trischitta has becme the soap’s newest contract cast member, one month to the day after he first appeared on the show.

The news, which was posted earlier today on ABC Soaps in Depth‘s Twitter page, may come as somewhat as a surprise to some “One Life” fans, considering Trischitta has only appeared on screen in a handful of episodes since joining the show earlier this year (his first airdate was February 22).  The actor replaced fan favorite Carmen LoPorto, who had played Jack since 2007.

Since Trishcitta was cast in the role, Jack has taken on a darker tone, proving that he really is his father’s son, by bullying one of his classmates, Shane Morasco (Austin Williams), because he has asthma.  Look for the storyline to heat up in the coming weeks as Jack drives Shane to take desperate action, which could result in tragic consequences for all those involved.