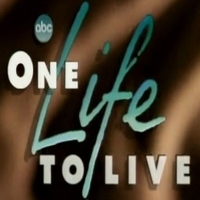 (SoapOperaNetwork) — Fans tuning in to last Friday's encore presentation of Todd and Blair's 1995 gold balloon wedding and hoping to take a trip down memory lane by watching "One Life to Live's" 1992-95 infamous "satin sheets" opening sequence, received an unexpected surprise.

Instead of the familiar tune which long-time viewers were accustomed to hearing at the beginning of each episode in the early 1990s, they were instead treated to a remixed and more mellow version of the show's current theme music, which has been used since June 2004.

The reason for the abrupt change is most likely attributed to copyright issues, considering that particular theme, as well as the one used in the "Tour of Llanview II" opening that followed it from 1995-2004, were both composed by Lee Holdridge. However it begs the question as to why "One Life to Live" chose to remix the current theme music, instead of simply using the present theme music with the old opening's imagery, or simply a title card featuring the "One Life" logo.

But could the remixed opening instead be a present for fans, such as when the show re-recorded the words to the original "Tour of Llanview" opening (1986-91) with various cast members for three days during 2010's "Starr X'd Lovers: the Musical?" Or could it even be a hint that a new opening sequence may indeed be in the works?

A spokesperson for the show did not return our request for a comment.