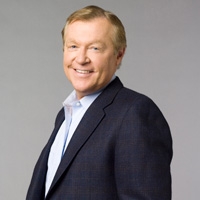 John and Kelly wake up together, hungover. John insists Kelly was trying to get back at Joey by sleeping with him, just as John was doing the same to Natalie. Natalie finds John as Kelly walks out of the shower in a towel.

Charlie frets about cheating on Viki with Echo.

Cutter tells Dorian about Joey’s wedding. Dorian realizes Kelly’s bed is un-slept in and she worries that Kelly has done something stupid. Joey goes to tell Clint that he’s married Aubrey. Aubrey panics, thinking Clint might show Joey the damning DVD and she goes to confront him. Aubrey offers to get Clint off the legal hook (through Rama) if he doesn’t show Joey the DVD and Clint agrees.

Téa and Nora finish drafting an immunity agreement for Vimal – to nail Clint – but Téa can’t get Vimal to sign it because Todd drags her off, worried that Dani has run away.