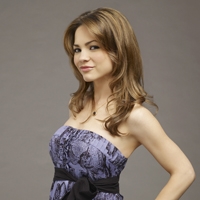 Carly is shocked when Ronnie questions her regarding the Archer Pavilion. Jason does not believe Carly is guilty, but Sonny is sure of it and tells Carly to back-off. Brenda’s resolve is tested as Luke helps Carly contemplate stopping the wedding.

Dante struggles to convince Michael not to pursue revenge on Franco, asking his brother to learn from Dante’s own mistakes. Lulu also has an honest discussion with Michael, as unseen Dante witnesses. Luke cautions Lulu to not accept Dante back into her life so easily.

Patrick fears the worst as Terrell makes inroads with Robin. Patrick plans to storm in on Robin and Terrell but is interrupted by Maxie, and they both witness Robin and Terrell emerge together. Matt encourages Maxie to meddle, hoping to save Patrick and Robin’s relationship.