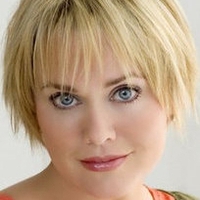 (SoapOperaNetwork) — As previously reported, Tonja Walker announced earlier this month via her Facebook page that she had been asked to return to “One Life to Live” and reprise the role of con artist Alex Olanov.  Now the she has taken to the social networking site again to reveal just how long her latest stint will last and to request a favor from fans.

According to Walker, who is set to begin taping her scenes around mid-February, she has been been asked to shoot a couple of episodes to date.  She is also encouraging her fans to leave comments on the official “One Life to Live” Facebook page expressing their desire to see more of Alex, stating “Yes I will be commuting…No problem. I would appreciate if you all get a chance to put something upon the ‘One Life to Live’ Page here, just that you are happy about and hope they keep it up. So far it is for 2 shows. I am very grateful but would really like 4 or 6 per month! That would be awesome! But what ever God says goes!”

Alex was last seen in January of 2009, when Dorian (Robin Strasser) arrived at the late Asa Buchanan’s private island St. Blaze’s (unaware it now belonged to Alex), to escape charges that she drugged Viki’s (Erika Slezak) husband Charlie (Brian Kerwin).  While there Dorian ran into Alex, who informed her that David (Tuc Watkins) was really a Buchanan.  Could her sudden reappearance have something to do with David, who has been let to rot in a Moroccan prison by his Uncle Clint, or could she be related to Aubrey (Terri Conn), whom Walker commented about on her Facebook page saying “This Aubrey looks a little like me. hmmmm. She looks like me. Daughter?”  It’s early to tell, but either way, with Alex around, trouble can’t be far behind.  A first airdate has not been announced.