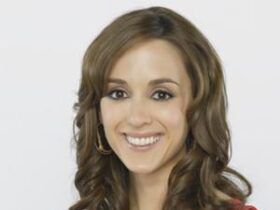 Todd and Téa discuss her suspicions that Nate is covering for Inez. Feeling deflated that Dani so quickly jumped to the idea that Todd killed Eddie, he decides to find out who set him up (with the cufflink) and Price comes over to dust for prints.

Matthew lurks and hides as Nora berates Clint for suggesting Bo lie to her about the affair with Inez. Clint is grateful that Matt didn’t tell his parents that it was Clint who ratted out Bo and Inez to Matthew. Inez turns in her resignation to Bo.

Inez goes to court where Téa probes her to try to get her to crack. Rex tells Bo that Marty wrote a prescription for Inez that could have made him disoriented and that she was able to sneak out and kill Eddie. Rex goes to Clint and wants to know the connection between him and Inez. James and Ford visit Nate and try to get him to say why he confessed. Téa calls Inez to the stand and accuses her of letting Nate take the fall for a murder she committed.

Starr brings Langston up to date regarding James saying he wants to see other girls. Michelle asks James to a sorority Valentines dance. Starr pretends to be okay with it.