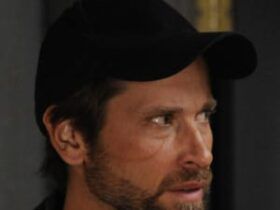 Molly starts to act bizarrely and Michael fears she may be suffering PTSD over the bus crash.

Terrell charms his way into Robin’s life. Theo arrives to pursue his malpractice suit against GH, but Robin manages to talk him out of the case.

Brenda begins wedding preparations but is hurt that Jason, Spinelli, Suzanne refuse to support her marriage to Sonny. Theo insists on questioning Brenda and Dante about the death of Banovic.

Carly and Sonny argue over Michael and Abby’s relationship and what to do about it. After yelling at Sam, Carly tries to pay Abby off to leave Michael alone. When she refuses to take the money, Carly threatens Abby.

Jason happens in on Spinelli and Diane in a compromising position as they write their fiction novel together.