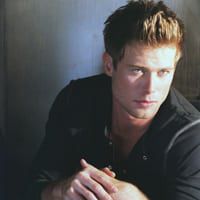 Kendall and Griffin grow closer and he urges her to take better care of herself. In an effort to keep up Kendall’s spirits, Ryan and Madison arrange for Spike and Ian to visit.

Greenlee continues to worry about Madison’s pregnancy and how it’s going to affect her relationship with Ryan. Frankie tells Greenlee he knows what her real motives are and later advises Madison to watch her back when it comes to Greenlee. Greenlee tells Griffin she has the perfect friend for him. Watching Ryan and Madison interacting with Kendall and the kids really worries Greenlee but she denies it when Griffin calls her out.

JR admits to Marissa that he interrogated Scott because he was concerned his cousin conned her into representing him. Distrustful of JR, Scott warns Ryan that his cousin plans to make a move on Cambias. Ryan tells JR he better treat Annie right because he doesn’t want to see her snap like she once did with him. Annie tells JR that she’s sick in the hopes he will come and take care of her.